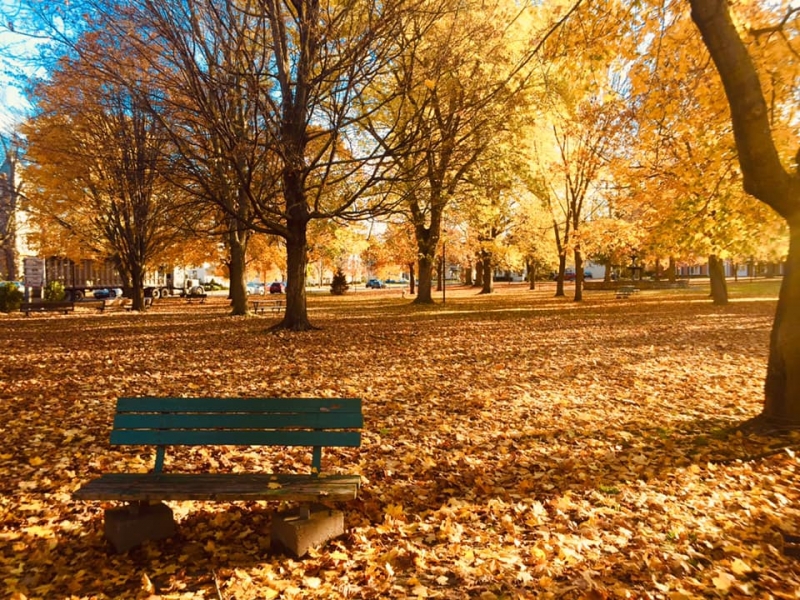 The Canton Village Green is home to the Canton Farmer’s Market from May – October each year. Photo: Canton Farmers’ Market Facebook

With just a quick walk around the Canton Farmers’ Market, you can see the wide variety of vendors that come each week. Each has their own unique experiences and stories as to how they got to the market. I interviewed a few of the vendors to see how they got started and to learn how the season went. After all, who better to learn from when it comes to the state of our environment?

Fred Morrill: I’m retired—I decided that I wanted to grow vegetables and have a farm stand and then I decided to come to the farmers’ market.

FM: Well, this is my second season, and I’ve done about twice as much as my first season. So, very well

Julie Pratt: I started making soap about 20 years ago. I just wanted to learn how to do it. I love making anything; knitting, building with wood, anything! I just like learning skills. I thought ‘it’s old fashioned, I love history—it kind of went together.’ Once I started making it, I loved being able to make it for my own family… Over the years it grew to friends wanting some, and family, and just grew into a business.

JP: Good! This is only my third season living up in this area and doing the markets. Each season I probably increase by 15 or 20% of my sales. So, slowly it’s growing, and people are getting to know my product and coming back.  I’ve had lots of recommendations and repeat customers.

Dave Gardener: When the winery had the opportunity to sell wine to this market, the owner was looking for someone to do it. He offered it to me, and I took it.

Jean Tupper: We started making maple syrup about 25 years ago. About 3 years after that we decided maybe we should have an outlet.  We started down here and I’ve been here for 17 years… we have all the syrups, and cream, coated nuts, and maple candy.

JT: Well, we did not do as well because there are a lot more maple producers that put their stuff in the stores from around here. Canton has been good to me though. I have a lot of loyal customers around here.

John Zufall: We have a dairy farm and we milk around 100 cows. All together, we have around 200 [cows]…we have another guy who does the butchering for us. We also sell 100% grass-fed organic hamburger.”

David Rice: Well, I actually grew up in New Hampshire, living right next door to a fairly large apple orchard. I worked there in high school and college. I made cider and did all kinds of various things. Then I got a degree in horticulture from the University of New Hampshire. We ended up here because my wife has family up here. We started Sweet Core Farm here in 2005, and we were mainly growing vegetables. We’ve slowly gotten back into the fruit. We did pick-your-own raspberries, blueberries, and strawberries at the farm all summer. Then I come here with the apples in the fall.

DR: For us, it was our best fruit season yet. Like I said, we don’t grow a lot of vegetables anymore. If you asked me about just vegetables, I would have told you that it was a miserable start, because it was so cold and wet. But, the fruit did really, really well. We had more blueberries and apples than we’ve ever had. The quality was really good, because we grow a disease-resistant variety, which is important in a wet year like this because we don’t spray any chemicals.

In a wet year like this, the funguses are so bad in the spring that we wouldn’t have had a good crop [without the disease-resistant crops].

Bob Wagner: Way back when Doug Jones was still here—he was one of the founders [of Birdsfoot Farm]— I helped him spread manure one spring and did some work for him during the summer, that was in 1999. I’ve been working with Dulli now, who is the owner and manager, for about 5 years, mostly on marketing.”

BW: It was a good year.  A little wet in the beginning but the market picked up and I would say it was one of the better years of the past four or five.

Anastasia Cody: When I was 16 I decided that I wanted to own a bakery. I started saving and five years ago in August we opened up in Madrid. Last summer was the first summer that I got the bakery truck going so this was my second summer with that.

AC: I wasn’t a part of the Farmers’ Market last year, because trucks weren’t allowed at that point.  This year for the first time in around 30 years they allowed food trucks to be a part [of the market]. It’s been awesome. This has been better than my last location in Canton, so I’m thrilled that they allowed me to be here.

Nature Up North: Tell us about what you do.

*to hear Catherine’s full story on starting her own potato business, listen to this 2017 North Country At Work story from NCPR Public Radio.

CB: It was a really interesting year environmentally, with the massive flooding and the freezing weather in the spring. In some ways, [it was a] very heartening year, because we managed to grow massive amounts of food due to our environmentally friendly practices, whereas a lot of the large scale operations that are destroying their soil did not. So that was really nice, to have a confirmation that small scale regenerative agriculture can actually make it through climate change whereas large scale cannot.

That was really nice, to have a confirmation that small scale regenerative agriculture

can actually make it through climate change.

The market itself is picking up but we still had a relatively slow year. People are more willing to pay money this year than they ever have been before… but it felt like there were still not enough costumers. Nobody’s questioning our end price anymore… I think that’s because we go to the grocery store and we look at the prices and it’s all comparable. We’re organic and we’re local and people are starting to notice the difference. We need more people, or more people willing to spend large quantities of money. So somebody will come and they’ll buy one dozen eggs every week. But it used to be they’d buy a dozen eggs, a box of tomatoes and a bag of peas and jam – every single week. So, fewer purchases at once. People are sort of spreading their money out.

Nature Up North: When did you start doing the market?

MK: It was a little slow in the spring, but I think it made up for it towards the end of the season. Produce was late, so it was slow. Not enough members [at the beginning of the Market], and then when produce came, more members came out. I actually think this is my best year, and I think it’s like 5 years I’ve done it. I guess people get to know us. And the baked goods – there’s nobody else doing baked goods. The [food] truck has it, but I don’t think it’s competition. Overall, a great year.

*Joel’s parents were visiting and covering the booth the day we visited. What follows is a brief interview with them. For more from Joel, visit read our North Country Voices interview with Joel from 2016.

Joel’s Father: The market’s been doing pretty good. It’s got its ups and downs – the weather. The [wet weather] made the apples late. Early spring was starting out with days like this [warm] but then it turned cold and the bees didn’t get out to pollinate like they should’ve. A lot of his [Joel’s] trees didn’t produce this year down at the U-Pick. It depends on your location. It’s been the same [this year], Joel’s got a lot of people that follow him, so that helps.

As autumn comes to an end, we will all surely miss the luxury of fresh, locally grown produce. Having access to food that has been grown with such care by our own neighbors is something to celebrate. Overall, vendors reported another successful year at the market. Farmers are on the frontlines of environmental change, and we were especially interested in those who commented on the heavy rains we experienced nationally this year. Do smaller, more diversified farms more easily adapt to unpredictable weather? Are they more resilient when compared to industrial neighbors? The rainy spring this year, which caused difficulty for some vendors, is just another reason to appreciate a bountiful harvest. Cheers to a great season, and we look forward to what springtime brings!

Why do you support small farmers? Let us know what you think by emailing info@natureupnorth.org or help us continue the conversation by recommending someone for our North Country Voices interview series.

*All photos taken by Kathryn Jepson and Emlyn Crocker 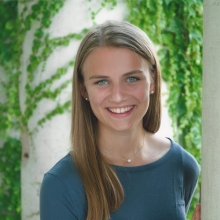 Kathryn, from Concord, NH, is an Intern at Nature Up North and a sophomore at St. Lawerence University. She is studying environmental studies-biology and enjoys playing outside with her dog. This is her first semester with Nature Up North and she is so excited to be part of the team!