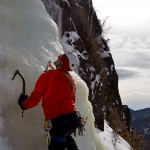 ...We walked to the base of the Den’s snowfield to have a quick glance at around small ice chips fell down. Helmets weren’t an option, but necessity even along the glade. We flaked the ropes and readied ourselves back at the “always wet corner.” A fat pillar formed the bottom 20’. This seemed straightforward. An offwidth crack, wider at the base, was partly occluded by the pillar, but could be seen immediately above. It appeared that a curtain may have covered most of it before the rain set it, but this was partially melted out leaving a few ice bridges and blobs on ledges. Above sat a 16” wide icicle that was melted out on the right side.

It took a group effort to figure out the gear during the ascent. The top clearly overhung once I stood atop the pillar. Getting to it was a challenge with the melted out middle in a somewhat fragile state. Screws and pick strikes shattered some of the ice. Small ice bridges, however, seemed solid and could be slung as protection. The crux icicle looked less intimidating directly below it; Brent noticed a 3” cam placement behind it and I found some small gear to the side including a terrier (small spectre) with a dubious placement.

A couple big moves with one pick in a 1/8” wide crack and another behind a small ice bridge and front-points in a thin veneer of ice on the wall set me on an even stance with the crux. More big moves, one with a tool in the icicle surmounted the crux. Using the left foot to stem on rocky edges on the left wall was key. A steep flow lead into a cave where I collected myself and belayed Laura." 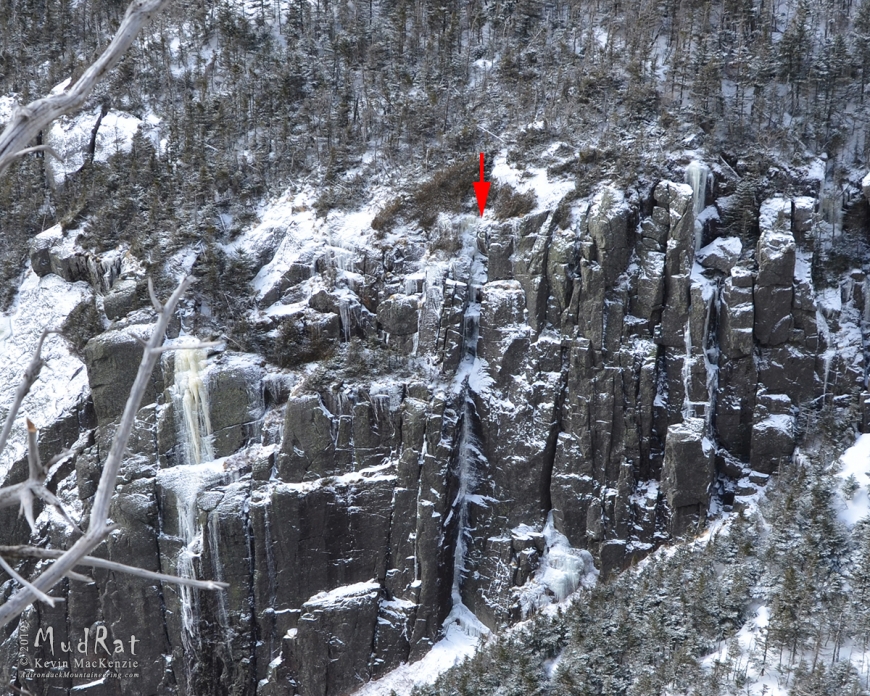 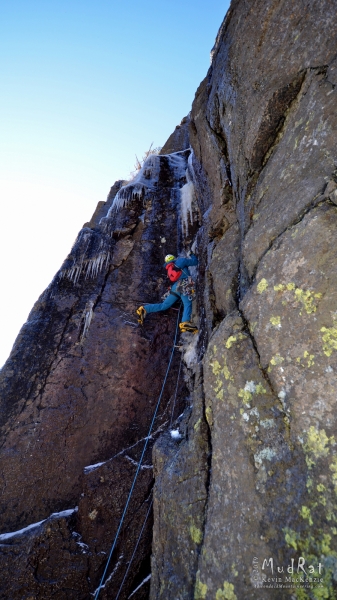 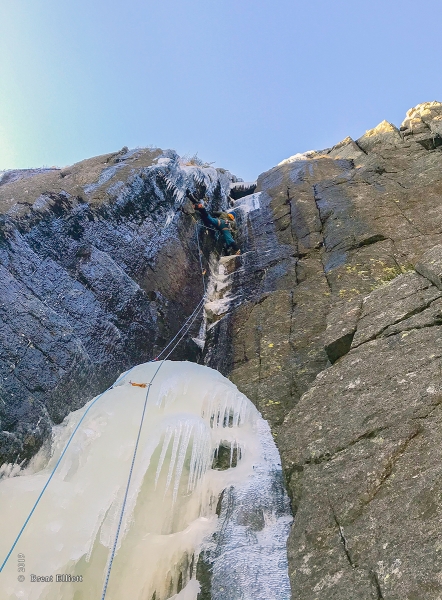 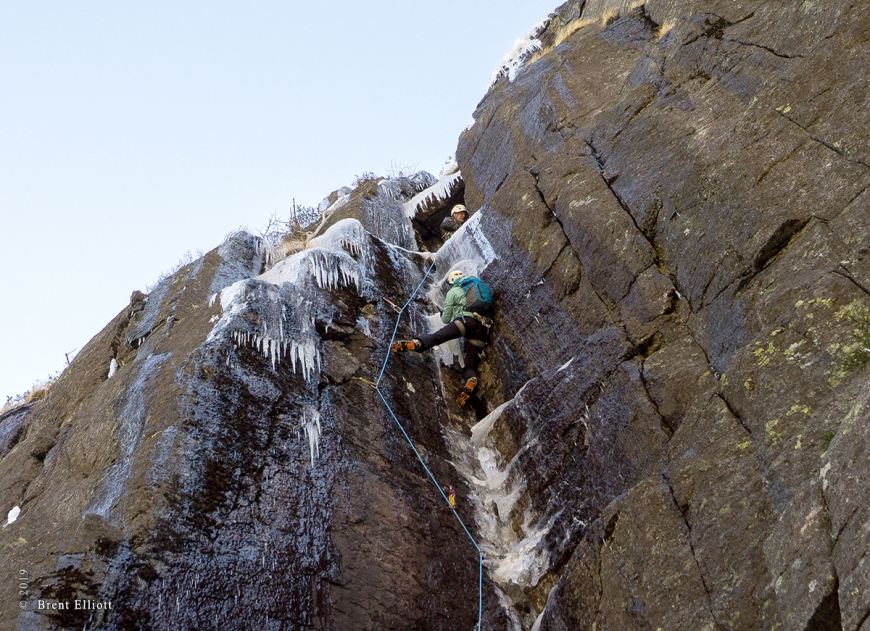 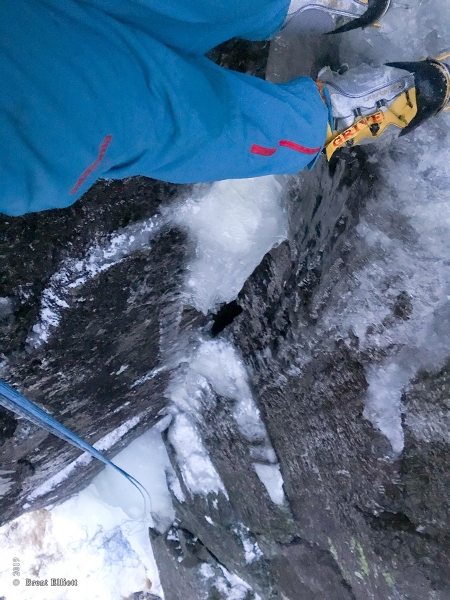 Brent Elliott on the crux.