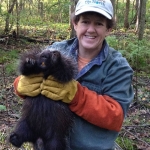 Driving up CR 27 toward Canton, I saw two bald eagles sitting in a mowed field along with several crows and ravens. Perhaps they were at a gut pile?  The smaller birds began to harass the eagles who took flight. One landed on a nearby power pole where it was dive-bombed a few times. The other was harassed in flight, eventually landing back on the ground. The bad pictures from my phone don’t do the observation justice. 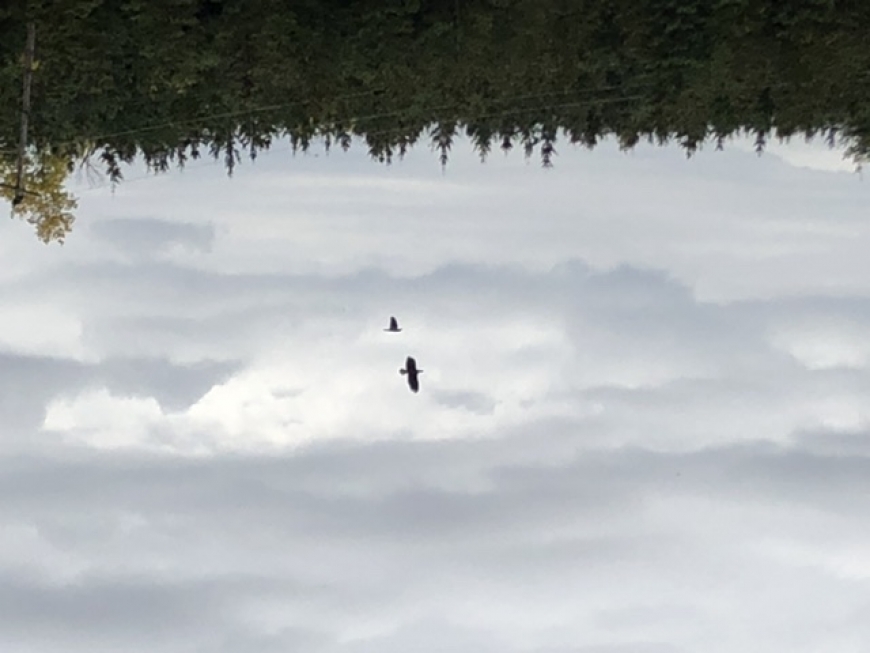 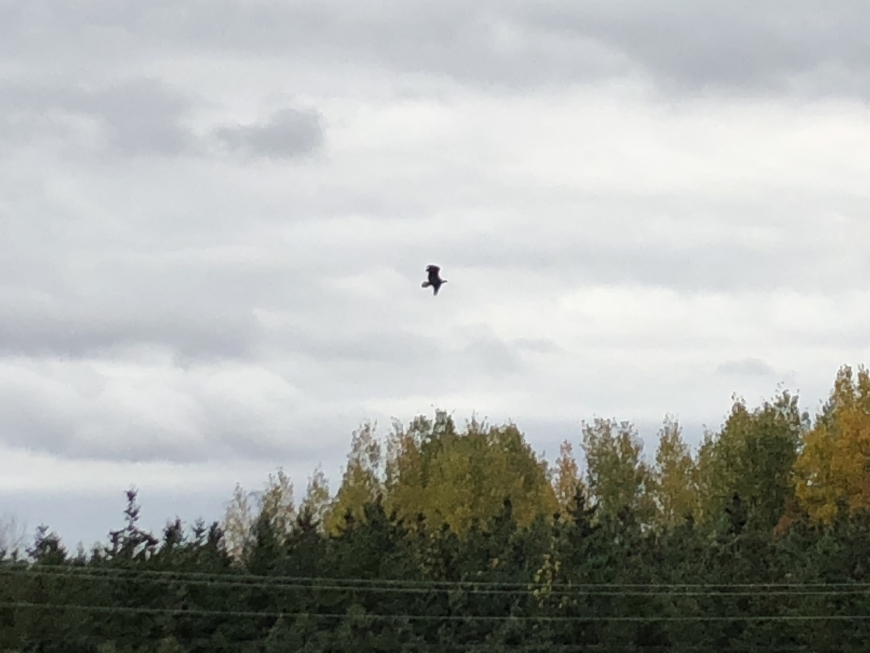 The faces of poison ivy

Amazing fall colors on the Grasse