Oak on the Oswegatchie -Edwards NY 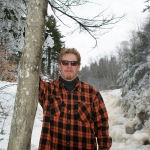 This isn't the biggest white oak around, and not the oldest. But this tree has been through 2 world wars, a civil war, 37 presidents and the majority of the years that the town (and village) of Edwards has been in existence. I came to know this tree in the late 70s/early 80s. I have hunted, fished and trapped by this tree. Rode bicycles, ATVs, snowmobiles and dirt bikes past it. Camped and hiked under it's branches. I've thought often of what has happened in this tree's lifespan, so I decided to do some research. (please remember- aging trees while they are still standing is not an exact science, so don't hold me to it's exact birthday). According to my calculations,* this tree sprouted from an acorn around 1841.This tree is on the "Brooklyn" side of town, located next to what is locally know as "the cove". It's a small horseshoe shaped piece on the south bank of the Oswegatchie river in what was the village of Edwards (now town of Edwards). In the spring it is popular with the bullhead fisherman. Originally the surrounding area was farm land, but around the beginning of the 1900s, zinc mining became a huge part of the local landscape and economy. This tree was there when the mines opened, and still standing when they closed in 1981. A spur of the Great Northern railroad came within a few hundred yards of this tree. The Fairview cemetery is not only a few hundred yards away. The area is reverting back to woodlands now. There are small pine & popple trees (aspen, poplar) taking over the old mine yards. Remnants of foundations and other "artifacts" can still be found if you look. White oak mast (acorns) are a favorite food of many wildlife species. Deer trails are abundant near this tree. In 1893 the settlement incorporated and became a town,and in recent years a vote was held to abolish the village, and have it become part of the town. The railroad came to town that same year. The railroad depot is even closer now than it was then. The property that it sat on was purchased by Jim's Auto, and the building was donated to the Lions club, and moved to their grounds at the end of Hall road. In 1914 The First National Bank in Edwards opened. In the early 80s all of these came to an end. The mines closed, and the bank and railroad as well. It was around in 1894 when a huge fire burned the greater portion of the village, and still there as the town rebuilt. How much longer will this tree be around? Who knows. But it's seen quite a chunk of history. From horse & buggy and water powered mills to atomic energy and a men on the moon. So the next time you walk past an old tree, take a moment to contemplate all the stories it could tell. There are plenty of smaller oak in the area, doubtlessly some are the offspring of this tree. Years from now, they'll have their own tales to tell. * much of the local facts came from the Edwards History center- a wealth of info there if you're interested. http://edwardshistory.org/ 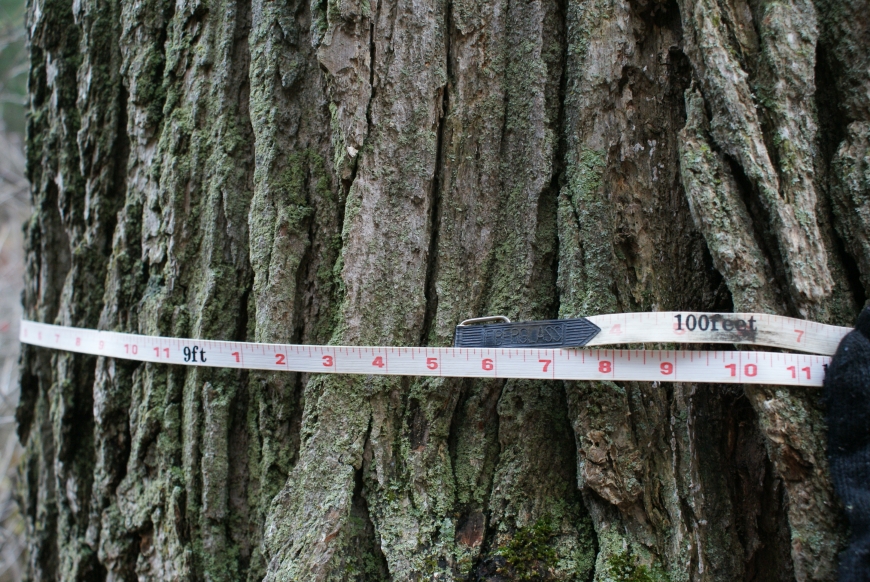 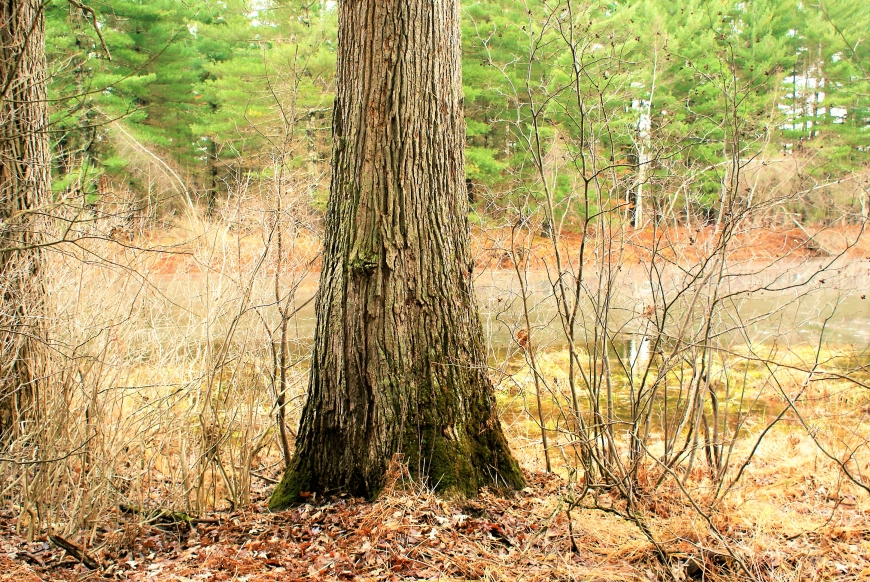 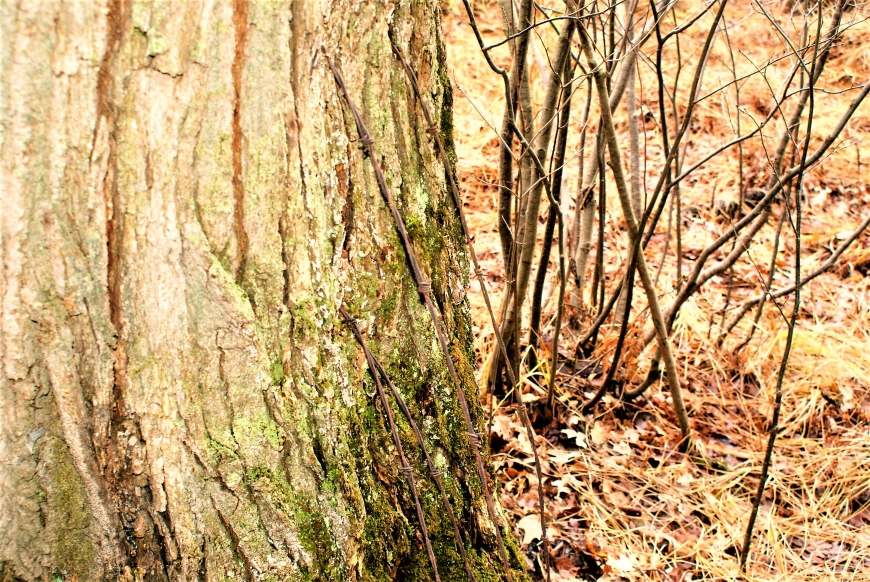 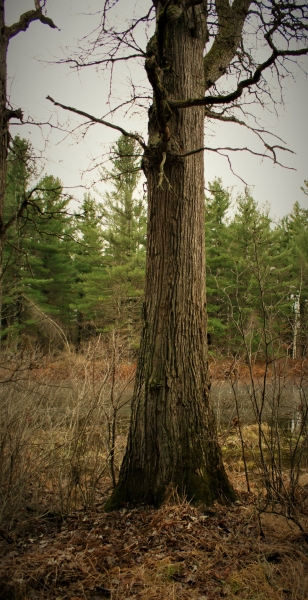 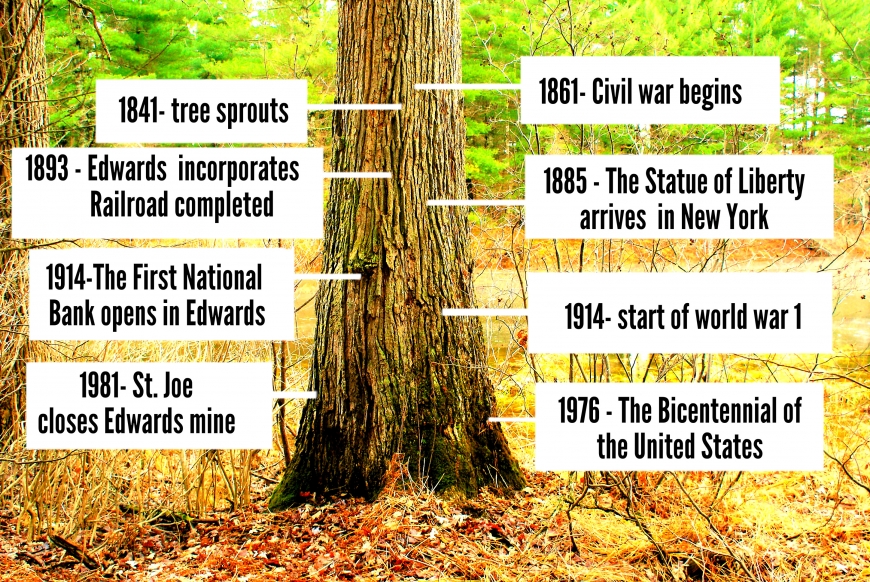 when you do the math, this comes out to roughly 36" in diameter and 175 years old.

Oak on the Oswegatchie river

Barbed wire fence in the middle of the tree takes us back to the pre-mining days when this was all farm land. This would have probably been part of the "bend farm" named for the bend in the river there.

A timeline of the tree's days on the Oswegatchie river.

* in case you want to know how I aged the tree------------ http://forestry.about.com/od/silviculture/a/Estimating-A-Trees-Age.htm