For the past four years Merlins have nested in the Town of Waddington. After fledging they spend a couple of weeks flying around the main street, announced by their piercing cries, before dispersing. This year two pairs may have nested as at one point there were five in view, rather than the usual one parent with two juveniles. 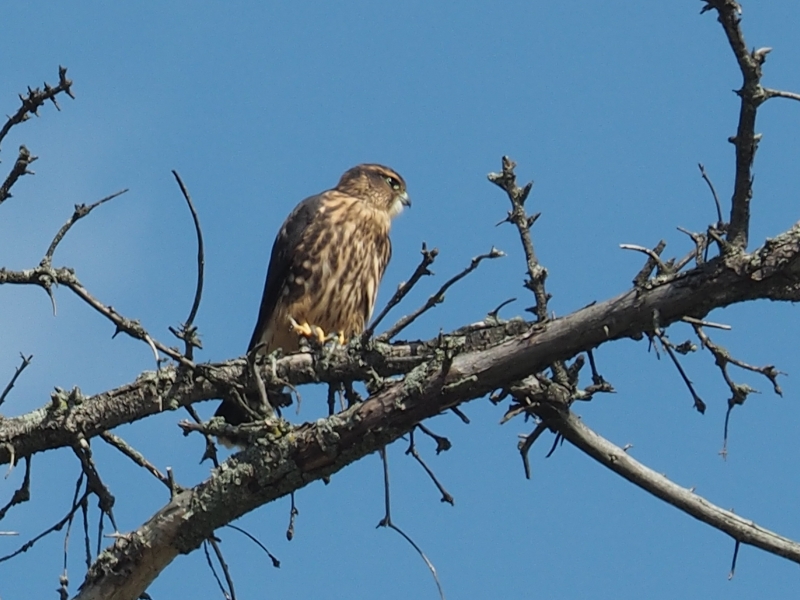