A Beginner's Guide to Summer Stargazing 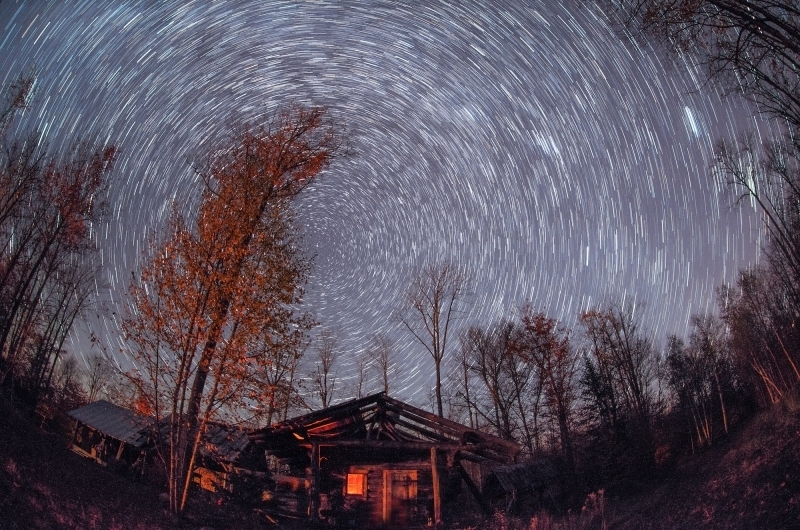 A Beginner's Guide to Summer Stargazing

As we approach the three-month mark of quarantining at home with our families and loved ones, it is more important than ever to get into nature in creative ways. If you’re working from home with little ones running around, a college student looking for a creative outlet, or simply looking to expand your own horizons, follow our guide to explore the summer night sky.

In the North Country, hiking trails, rivers, lakes, and state forests are abundant spaces to explore during the daytime. However, the unique visibility of dozens of constellations and planets, and even more stars, are often overlooked. The combination of low light pollution, warm summer temperatures, and clear night skies make the North Country the ideal stargazing spot. If you venture out to your backyard or balcony after dusk, try shifting your perspective: lay on your back and gaze up above you.

Excite your little ones on a summer stargazing adventure! You can build the anticipation by offering to let them stay up past their bedtime to discover, name, and narrate stories to constellations. Start by laying down a light blanket or towel in an open area away from the trees. Lay down on the ground, look up, and let the fun begin! Capture their attention with fun facts: the human eye can see an astounding 2.5 million light-years into the sky on an especially clear night. If your kids are especially young, let them look for shapes or patterns in the sky. Ask them what they see and get creative with fun backstories for your new constellations! If they’re having trouble, guide them to look for the brightest or biggest stars they can find, and go from there. If your children are a little older, pull up a map of the night sky. Challenge them (and yourself) to find Polaris, better known as the North Star. If you were at the North Pole, Polaris would be right overhead! This makes Polaris an important guide for navigating north. This will help you to orient yourself as you look at the night sky, as it usually is the brightest star visible from the Northern Hemisphere and does not rotate over the course of the evening.

From Polaris, look for Ursa Major (the Big Dipper) and Ursa Minor (the Little Dipper). These are two of the most recognizable constellations in the night sky and can help you find other major constellations. This is a good place to take a pause and share aloud the origins of the Big and Little Dipper constellations with your group.

The Big Dipper is one of the most recognizable constellations in the northern sky. For this reason, it played an important role in the Underground Railroad in helping enslaved Africans gain freedom in the North before the Civil War. Enslaved Africans used songs to communicate and pass along hidden messages between one another because many were not taught how to read. One song said to follow the “drinking gourd” shape of the Big Dipper to a better life in the North.

The Little Dipper is a part of the constellation Ursa Minor. In Latin, this means “lesser bear” or “little bear”. Polaris, the North Star, is the last star in the handle of the Little Dipper, which makes it easy to spot in the night sky! The most common myth for the Little Dipper comes from Greek mythology. The story says that Callisto was turned into a bear by Hera, Zeus’ wife, and became Ursa Major. One day, Callisto’s son, Arcas, was hunting and came across his mother, but did not recognize her as a bear. Right as Arcas had an arrow pointed at his mother, Zeus swooped in and turned them both into the constellations Ursa Major and Ursa Minor, the big and little bears. The story goes on to say that Hera was upset that the two became such big and beautiful constellations so she asked another Greek God to put them higher in the sky, so they would never sink below the horizon and reach the water.

It is important to note that many different cultures used constellations to explain truths about the natural world, to navigate the sea, or for farming. That is why there are so many popular stories for each one! We have only chosen a small set of constellation stories to share with you here, and we acknowledge that these only highlight a few of the many cultural interpretations of these constellations.

Venturing outside after the sun sets to gaze at the stars has proven to be relaxing and stimulates new neural connections. Neural connections can be formed and strengthened throughout our lifetime to process, respond, and send information within the body. Taking time at the end of a busy day to ground yourself with natural surroundings can improve mental health as well. While stargazing, experiment with shifting your perspective. It can be daunting to conceptualize the vastness of space if you let it be.  Instead, focus on your place in the universe.

If you’re up for a challenge, practice this exercise while stargazing. First, lay flat on your back. Our instincts have taught us that we are looking “up” at the sky. However, “up” is a cultural construct that humans created. Practice changing your perspective by imagining that the sky is below you. It is challenging to picture yourself on the underside of Earth’s surface, suspended above the stars only by gravity. It may take a few tries to get, but remain patient and breathe slowly through the exercise. It will help you to evaluate the relationship between you and the world from a universal perspective, not just from a human perspective.

This practice builds spatial awareness as well as mindfulness skills. Mindfulness is a technique that helps people to focus their awareness on the present moment. It helps you to manage stress by helping you to be aware of and accept your feelings, thoughts, and bodily sensations. Practicing mindfulness can help to improve sleep, overall wellbeing, attention span, and lower chronic stress. The quietness of the night and the illumination of the stars can be soothing. Listen for sounds that are usually muffled by daytime chaos and connect with your surroundings in a new way. These practices can stimulate the growth of neurons and strengthen overall brain health!

After your summer stargazing session, we encourage you to try out one of these activities with your children. Storytellers have compared the night sky to a picture book that illustrates history and folklore that bring cultural myths to life. Print out the map of the night sky found at the bottom of the page and connect the stars to map out the new constellations that you discovered or the existing constellations you identified! Write a short and creative story about the shape, animal, or patterns you see and share them with us for a chance to be featured on our social media page! You can find the form to share your creations here. Once you’re done creating your own constellation stories, check out what others have shared and leave a comment if you found something similar! You can look for shared constellation stories here.

Submit your constellation and myths to our Nature Up North Summer Scavenger Adventure! This summer program provides inspiration on how to get outside and explore the North Country, from having backyard picnics to exploring nearby trails. Complete all of the activities to win Nature Up North merchandise, and to take advantage of and enjoy the great outdoors that is the North Country.

Throughout the year, the Earth rotates through cosmic debris known as meteor showers. Venture out during one of these weeks to catch a glimpse of the show!

The Perseids: Active between July 17 through August  26, peaking between August 11 and 12th

We put together a constellation map to help guide your stargazing adventure. Check out the downloadable map below to use as a reference guide while you look at the night sky.

Of course, there are technological resources to help you with your stargazing adventures! The sheer size of the universe and the number of stars can be overwhelming when you don’t know where to begin. We recommend SkyView Lite, an app available for both iPhones and Androids. This app utilizes a ‘point-and-shoot’ identification of stars. Simply hold your phone towards the sky and move it around to see constellations, planets, and stars and read their stories all in one place! Solar Walk is especially useful for kids. It comes equipped with many video clips that help to explain celestial concepts. It also comes with a price tag. It’s available in the App Store for iPhones for $8 and for Androids for $3. NASA has a similar app and an abundance of resources including photos, videos, and a real-time view of the Earth from the International Space Station. SkySafari is free for Android users and $3 on the App Store for iPhone users. Like many other stargazing apps, it uses augmented reality to display the stars with the added bonus of voice control.

These are powerful and useful tools, but we encourage you to try locating the constellations without technology first.

Stay tuned for the second installment of our summer stargazing series. In Nature Up North’s first podcast, we will interview Dr. Aileen O’Donoghue. Aileen is a physics professor at St. Lawrence University and has led stargazing campfires with Nature Up North in the past. Her expertise and passion for stargazing will bring the night sky to life through science and storytelling. Stay tuned for more information coming later this summer! 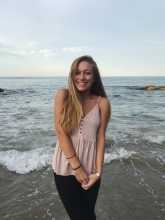