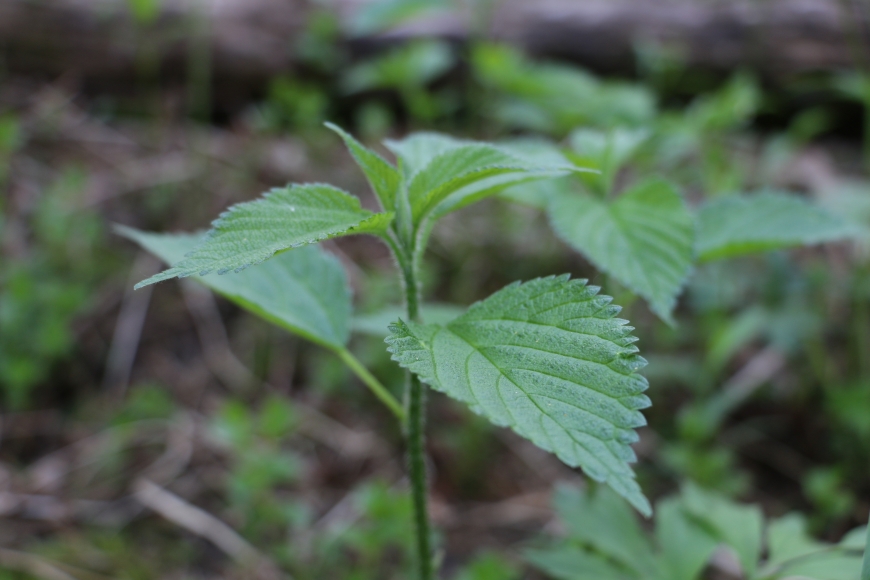 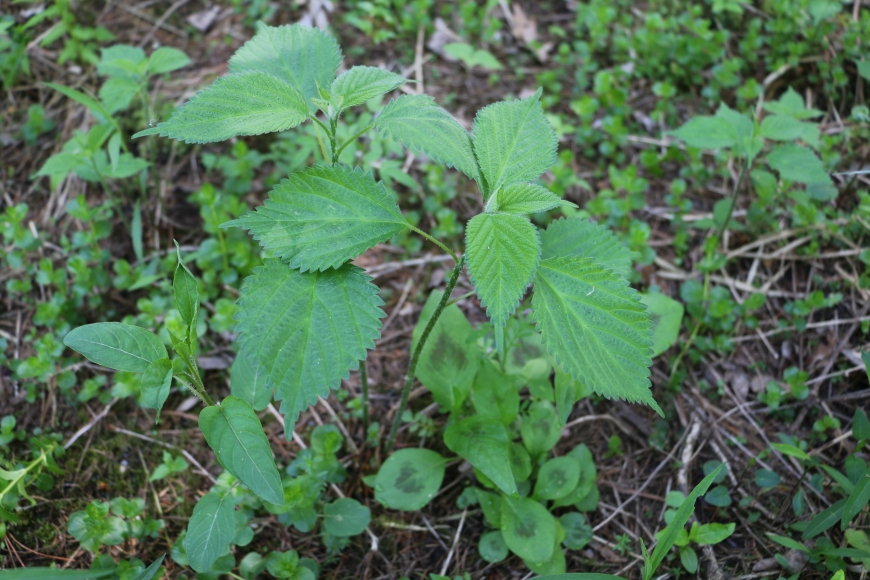 The sting from stinging nettles comes from fine prickly hairs called trichomes, found on their leaves and stems.

One of my favorite plants is either highly versatile, or very confused. On the one hand, professional herbivores like rabbits and deer refuse to even touch it, but many people, myself included, will gladly eat it every day it is available. While contacting it is painful, it has been proven to relieve certain chronic pain. It is steeped in over a thousand years of folklore, at one point imbued with the power to cleanse away sin, yet medical science recognizes it as a legitimate remedy for many disorders. Some gardeners consider it a bothersome weed, but others actually cultivate it.

The stinging nettle, Urtica dioica, is native to Europe, Asia, and northern Africa but has been widespread throughout North America from northern Mexico to northern Canada for centuries. Experts disagree as to the number of nettle species and subspecies worldwide. To confuse matters, many of these cross with one another to form hybrids. Although a few species do not sting, if it’s nettle and it gives you a rash, it’s fair to call it stinging nettle.

So why would one place this well-armed adversary in their mouth? Well, when nettles are cooked, the stinging hairs are destroyed. Furthermore, nettles are the tastiest cooked green—wild or domestic—that I have ever had. It tastes like chicken. Kidding—it tastes a lot like like spinach, except sweeter. Nettles can be boiled, steamed, or stir-fried. They are great by themselves or in soups, omelets, pesto, casseroles, or pretty much any savory dish you can come up with.

One of the things I really like about nettles is that they are some of the first green things to get going after the snow melts. I should mention that only the tops of young plants are harvested to eat. The good thing is that the more you pick, the more young tops grow back. Eventually they will get too tall and tough, but frequent picking can stretch nettle season well into June.

On a dry-weight basis, nettles are higher in protein—about 15% —than almost any other leafy green vegetable. They are a good source of iron, potassium, calcium, and Vitamins A and C, and have a healthy ratio of Omega-3/ Omega-6 fatty acids. Because drying also neutralizes nettles’ sting, they have been used as fodder for domestic animals. Today nettles are commonly fed to laying hens to improve their productivity.

The University of Maryland Medical Center reports that nettles help relieve symptoms, such as difficulty urinating, of Benign Prostatic Hyperplasia (BPH) in men. In terms of using pain to relieve pain, the U of M Medical Center also states that research “...suggests that some people find relief from joint pain by applying nettle leaf topically to the painful area. Other studies show that taking an oral extract of stinging nettle, along with nonsteroidal anti-inflammatory drugs (NSAIDs), allowed people to reduce their NSAID dose.”

As The Cat in the Hat said, that is not all. You’d think the U of M was selling nettles the way they seem to promote them. Consider this endorsement: “One preliminary human study suggested that nettle capsules helped reduce sneezing and itching in people with hay fever. In another study, 57% of patients rated nettles as effective in relieving allergies, and 48% said that nettles were more effective than allergy medications they had used previously.”

Gardeners use nettles as a “green manure” because they (nettles, that is—gardeners may be nitrogen-rich, but they’re not routinely added to soil.) are high in nitrogen, as well as iron and manganese. Nettles can also help attract beneficial insects.

What can’t you do with nettles? I guess they’re kind of like Dr. Seuss’ “thneed.” Turns out you can wear them, too. Nettles have been used for 2,000 years as a source of fiber for cloth-making. During World War I, Germany used nettle fiber to make military uniforms. I have made cordage from nettle stems using a simple technique called reverse-wrapping.

If you have a nettle patch, put away the weed killer, and consider yourself lucky.