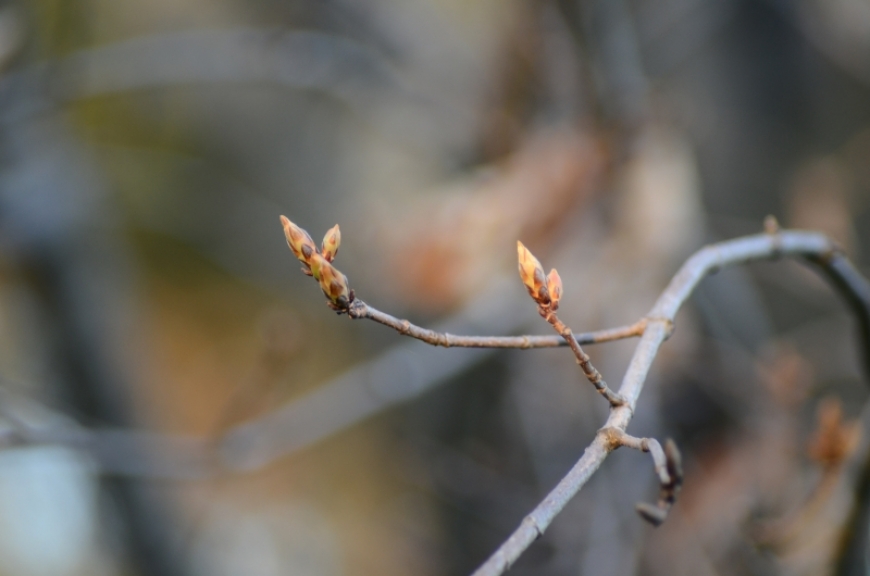 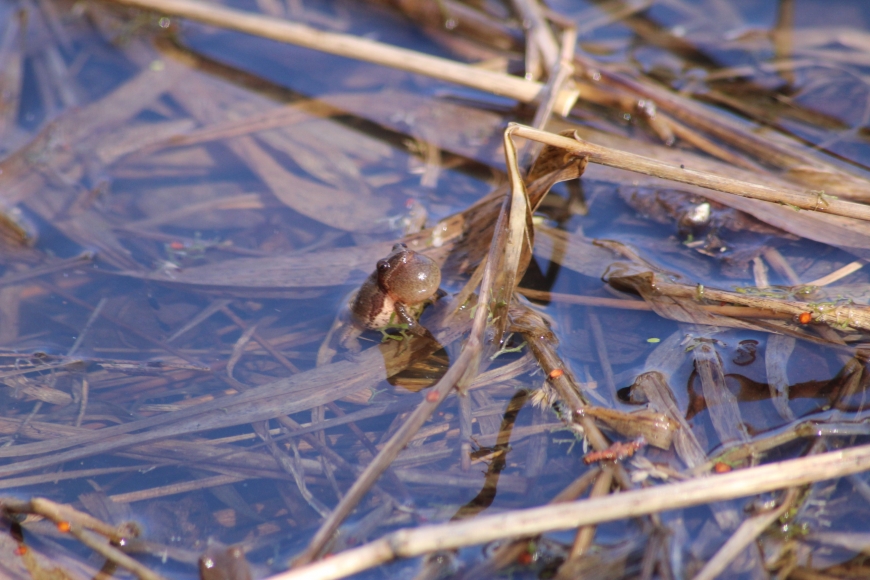 Warm winter weather can trick some buds to begin swelling and breaking early.

Spring peepers could be heard as late as December this year.

This winter took a long time to wise up. Snow lovers lamented, but I was among those who enjoyed the break from snow shoveling and firewood hauling during our pseudo-September. However, I noticed some less positive effects of the tropical weather. For one thing, the buds on my currant bushes decided it must be spring and began to open. Coltsfoot, dandelions, and Johnny-jump-ups bloomed. Buds on silver and red maples swelled and looked ready to burst open any moment. What happens when plants get confused by the weather?

The best answer is that it depends. (Unless more details follow, that’s  also the worst answer.) The majority of plants have what is called a chilling requirement, a period of time (it varies by species) when it stays below a certain temperature (which also varies) to let them know winter happened. It may be as modest as two weeks below 35 degrees, or it may be a bit longer and colder of a “winter.” Once this requirement is met, plants believe it’s safe to come out and play if it starts to get warm.

Evidently my currants thought it was spring, but my apple trees weren’t budging. So the risk posed by unusual weather depends in part on species. It also depends on how far the buds have opened. Most tree buds are protected by overlapping scales, not unlike those on a reptile. In response to warm weather, scales begin to separate. They’re kind of shy, which is good, opening slowly. If it soon gets cold again they batten down the hatches and close.

Scales are designed to slough off and get out of the way as buds open, though, and if this process has begun, they can’t shut to protect the leaf or flower inside. They also move slowly, and need fair warning of temperature changes. If it has been in the fifties and sixties and then plunges to the teens in less than a day, there is greater chance of bud damage than if that drop happens over several days.

A word about flower and leaf buds. In woody plants, flower buds are made the previous summer, the number determined by that season’s conditions. The following year’s leaf buds are also formed by mid-July. The big difference is that trees and shrubs have “spare” leaf buds, but only one set of flower buds. For plants, leaves are necessary, flowers are a luxury.

If an extended warm spell is followed by a quick freeze, many or all buds may be killed. When the real spring finally comes, trees will “wake up” their spare vegetative buds and leaf out, probably a bit later than usual. So far at least, I don’t think trees and shrubs in northern New York have suffered much damage as a result of nature’s mood swings.

Another down side to our balmy December was a resurgence in tick activity, as every pet owner can attest to. Obviously, the risk of tick-borne illnesses to people and animals was far greater last month than in any other year on record. The fact that a lot more ticks got a blood meal leads me to wonder if they will have greater reproductive success next year. Let’s hope not.

Spring peepers, those tiny and impressively loud frogs that sing in April and May, were calling during the last two months of 2015. While I love their song, I also know that becoming active in fall and winter means they use more energy than they would if they remained inert in the mud until spring. I heard reports of bats flying during the warm spell. Because bats’ energy budgets are very tight they may deplete their energy stores before spring, and perish.

Warm winters may be more comfortable, but they aren’t all roses. Although in the future a December rose is not out of the question.