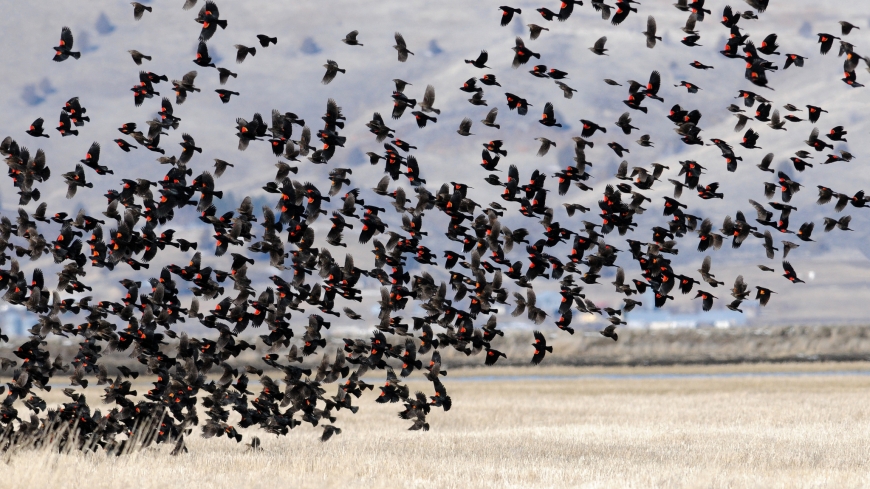 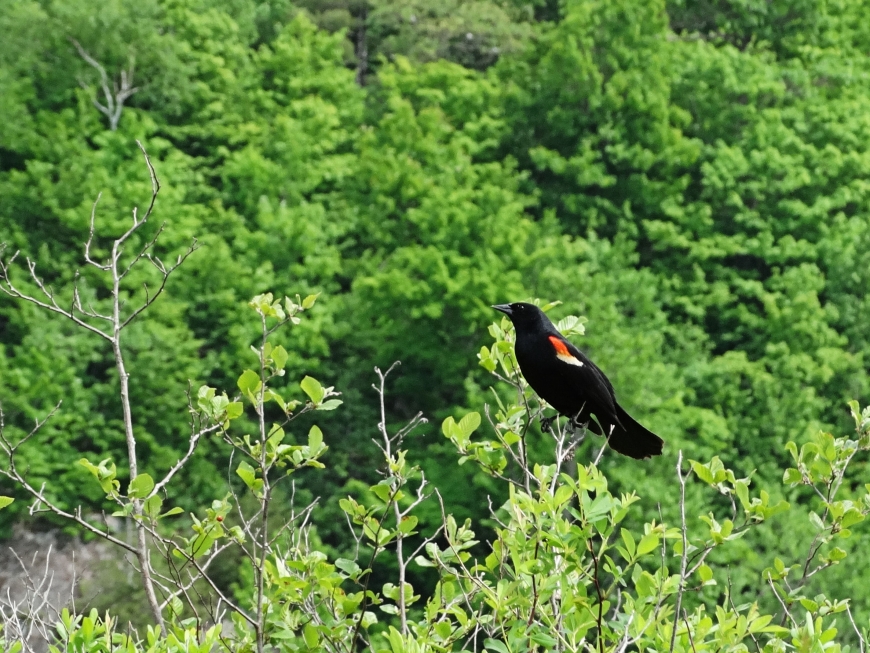 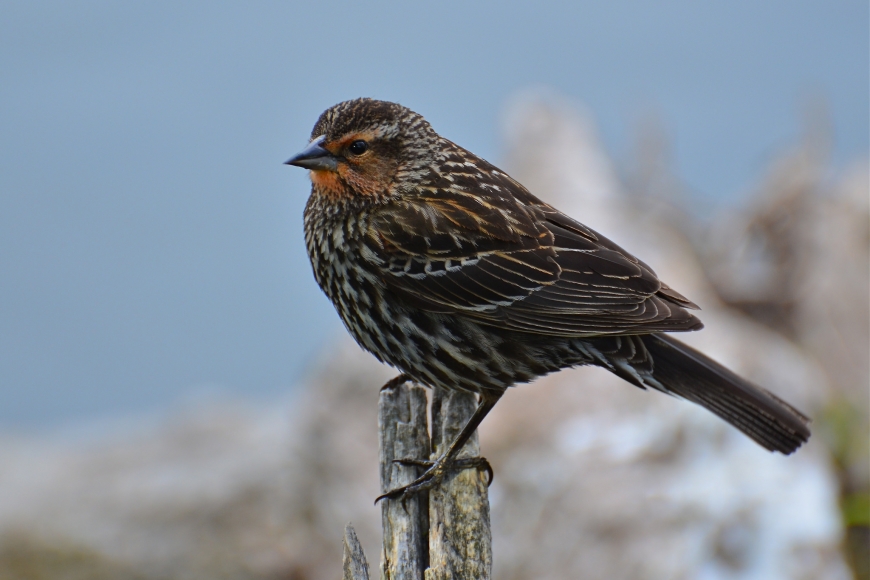 Migrating birds of all stripes—and wing patches, tail bands, and other markings—are impressive. My hat is off (figuratively only, of course) to all the songbirds, raptors, and waterfowl that fly from their Northern breeding grounds to warmer climes, in some cases thousands of miles, without benefit of Google Maps or a travel agent.

Hummingbirds weighing about the same as a handful of paper clips manage to cross the 500-mile Gulf of Mexico nonstop. Arctic terns, which can live longer than the average human did in 1800, rack up an unbelievable 44,000 air miles each year. Which goes to prove that extreme exercise is good for you.

But hummingbirds migrate at night, and we are not on the flyway of the arctic tern. Nonetheless, witnessing a flock of local blackbirds numbering in the thousands, as they turn and wheel in unison, is jaw-dropping. Blackbird migration, the avian equivalent of Cirque du Soleil, is underway in northern New York, and tickets are free. Although grackles, cowbirds and even the invasive starlings are lumped into the category of blackbird, it is our native red-winged blackbird that I most often see and appreciate.

Considering that red-wing blackbirds are the most numerous bird species in North America, how come their migration often escapes our notice? After all, their flocks are much larger, in terms of numbers, than those of geese. In fact, Richard A. Dolbeer of the USDA-APHIS Wildlife Services in Denver says that a single flock may contain over a million birds.

Canada geese migration is hard to miss. Much like an Air Force flyover, their noisy, regimented, V-shaped flocks are sure to catch your attention. Blackbirds are smaller, plus they don’t have the pipes that geese have, so their voices don’t let you know what’s up, so to speak. And admittedly they aren’t as numerous in northern NY as they are in the upper Midwest.

All blackbirds, red-wings included, are omnivores. They feed on insect pests such as corn earworms, as well as on weed seeds, facts which should endear them to farmers. Unfortunately they sometimes do eat grain, which has the opposite effect. Studies indicate they seldom cause gross damage to crops.

Along with robins, red-wing blackbirds are one of the first signs of spring. Usually they are heard before they are seen; “oak-a-chee” call of the males is music to my ears in more ways than one. And the red and yellow wing patches, or epaulets, of the males are a welcome splash of color in the sepia-and-snow tones that characterize mid-March.

Red-wings often nest in loose colonies in marshes. I recall canoeing with my young daughter through cattails, peering into red-wing blackbird nests while adults hovered overhead, objecting loudly and sometimes diving a bit too close to our heads. Marshes afford red-wings some protection from predators like foxes and raccoons, and the females, which are a mottled brown, blend in well. Hawks, and owls to a lesser extent, take a toll on blackbirds regardless of where they nest, though.

In the fall, blackbirds flock together before migrating to locations in the southern US. This is when they display their avian acrobatics. Perhaps you’ve driven along great undulating flocks of blackbirds and marveled at the way they’re able to all change course instantly.

One morning this fall a great number of red-wings landed in a large sugar maple in my yard. I watched in awe as they streamed up out of that tree and poured themselves back down into another large maple nearby. They repeated this “avian hourglass” performance several times.

Researchers have long puzzled over synchronized flock movement. In recent years they’ve made some progress thanks to high-speed imaging, algorithms and computer modeling. Movie animators have used these algorithms to depict movements of fish and herd animals.

Apparently, each bird keeps track of its six—no more, no fewer—closest neighbors, and coordinates its movements with them. No matter how many times they turn or dive, they maintain about the same distance between themselves and the six closest birds.

But precisely how do birds maintain distances within a flock, or know when to change course? In the words of Claudio Carere, an Italian ornithologist deeply involved in studying starling flock behavior in Rome, “The exact way it works no one knows.” I like an honest researcher.