The Bell Pepper Story: Too Much Clapping, Not Enough Applause 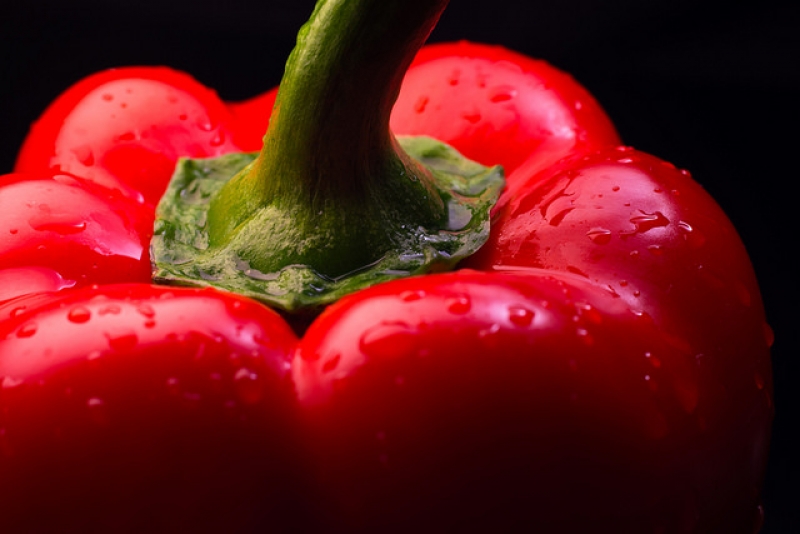 The Bell Pepper Story: Too Much Clapping, Not Enough Applause

April 1, 2019 marks the 90th anniversary of the development of the modern sweet pepper, also known as the bell pepper. Native to Central America, as well as to Mexico and northern South America, there is evidence that numerous types of peppers (Capsicum annuum) have been cultivated by native peoples for at least 6,500 years.

Hot peppers were the first New World crop grown in Europe, with seeds arriving in Spain in 1493. Since that time, plant breeders around the world have selected peppers for various traits, giving rise to such names for this Native American vegetable as “Hungarian” and “Thai” hot peppers.

Bell peppers are the only cultivar of this species which do not contain capsaicin, the chemical that gives peppers their heat. Traditionally available in green, red, and yellow, more recent offerings include lavender and dark purple. Despite their widespread acceptance today, bell peppers were initially very unpopular in Europe.

We know sweet peppers as large, hollow, thick-fleshed vegetables (technically a fruit, though try to find someone who cares), but the original strain was named “bell” for a very good reason. It had a rather hard, thin wall, and contained an elongated vestigial stigma inside. The stigma is part of the female complement of the flower, the outermost part which often produces nectar and/or sweet aromas to entice pollinators.

This leftover stigma acted as a natural clapper, striking the walls of the bell pepper as it swayed in the wind. As a result, sweet peppers were a very noisy crop. So much so, in fact, that during high winds, maturing bell peppers would startle livestock, causing them to bolt, and would keep villagers awake at night. So for over 400 years, bell peppers were relegated to a curiosity, and not widely cultivated.

Fortunately for us, self-taught plant breeder Gregor Carillon developed the first silent bell pepper in 1908. And the rest, as they say, is history. An interest in agronomy must have run in the family, because Gregor's great-uncle Mendel Solanaceae also tinkered with plant genetics. He is credited with breeding the first double-yolked melons, which were not a commercial success. However, the world owes him a debt of gratitude, for he brought the world boneless tomatoes, which we now take for granted. Both these groundbreaking vegetable cultivars were unveiled on April 1, 1888. Great things seem to happen on April Fools' Day.