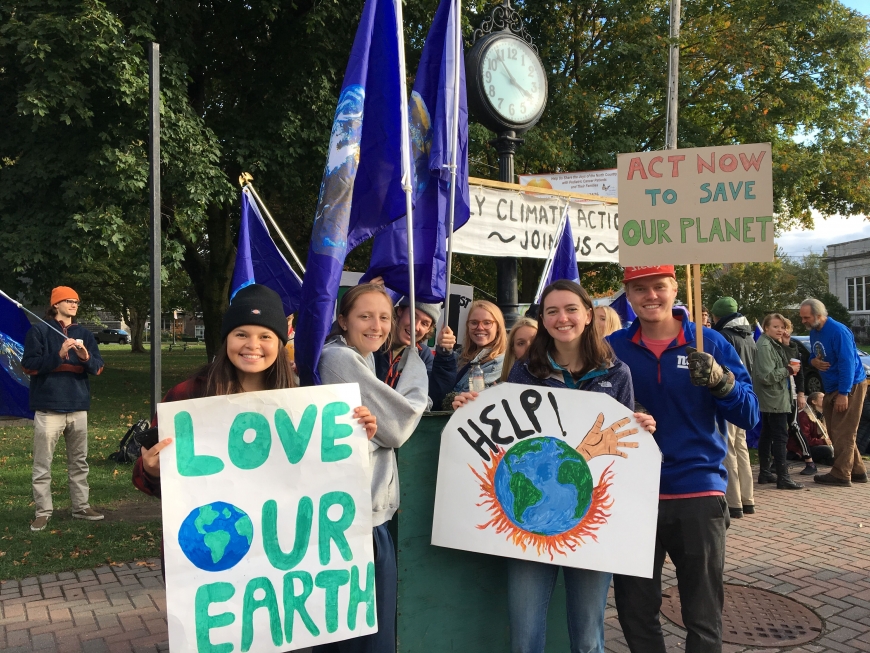 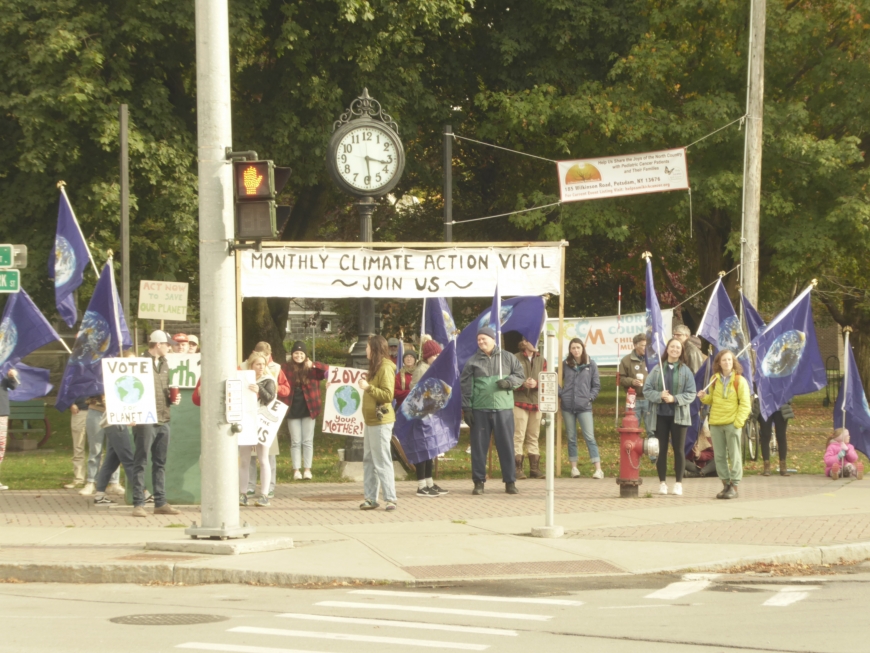 Over forty people came out for the Oct. 4th Monthly Canton Climate Vigil, the largest turnout yet.

I'm currently a senior at Little River Community School in Canton and since last March I've been helping to organize the Monthly Climate Action Vigil.  On Friday, October 4th we hosted the 8th Monthly Climate Action Vigil in the Canton Village Park. I've spoken at almost every vigil so far, and last month I wasn’t the only speaker. Maddie Hansen-Schreiber, a 7th grader from Little River Community School also gave a speech, emphasizing the importance of climate action to young people. 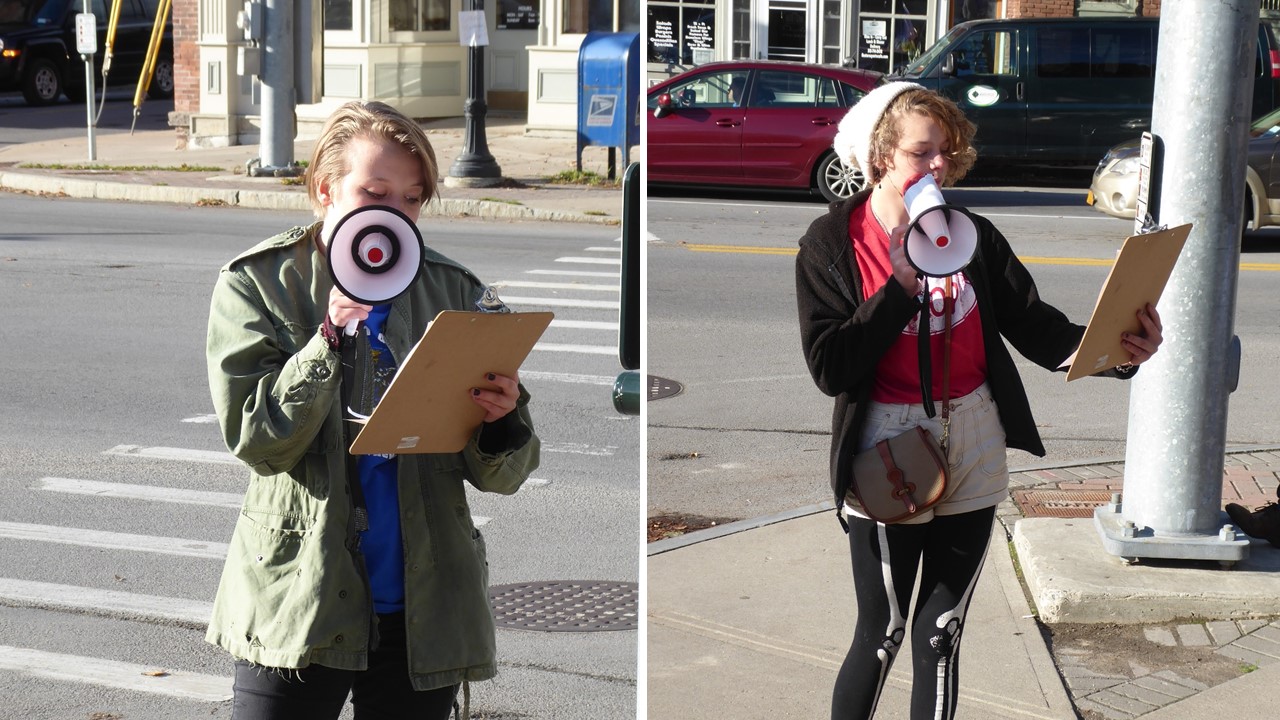 This was probably our largest vigil so far -- forty people came out to protest the climate crisis, including many college students from St. Lawrence University. We waved blue earth flags and signs to draw attention to the protest.

Following the vigil, from 5-6 pm, Commons College at St. Lawrence University, hosted “Continuing Conversations with Commons College and the Vigil” at the BarnGood Thriftstore behind 5 University Ave. There were refreshments, tie-dyeing, and live music as people continued to talk about solutions to the climate crisis. I also spoke with the college students, encouraging them to use their voice and power to fight for climate action.

Our next vigil is on November 1st, from 4-5 pm. Tedra Cobb, a candidate for congress, will be joining us and plans to speak. There will be live music performed by a St. Lawrence student, and blue earth flags and signs will be available to hold in protest. We encourage you to come join us!

The Monthly Climate Action Vigil occurs on the first Friday of every month at the Canton Village Park. Local environmental groups and activists started this ongoing vigil to call attention to the urgent need to prevent and mitigate the effects of climate change. Everyone is welcome to join. For more information write climateactionvigil@gmail.com.