This is a photo I took on February 24th, 2014 while hiking a trail near Lampson Falls of a dog print I found in the snow.

Habitat Description: This photo was taken on a hiking trail that followed the Grasse River. The weather was approximately 20 degrees Fahrenheit. There was substantial snow coverage and I estimated that the snow coverage of the trail was somewhere around 3 feet.

Natural History: When you identify canine tracks, the way to distinguish between a dog track and a coyote track is to know the differences between the three parts of the track. First, the heel mark of a dog print is much wider than a coyote track. Second, the outer two toes of a dog are much wider than a coyote. Third, the shape of a dog track is much rounder than a coyote track; this is because due to the fact that both the heel print and outer toe prints of dogs are much wider, giving the print a much rounder shaper. The size and shape of coyote prints are relatively similar to those of dogs, but they are narrower due to their toes being grouped closer together.

I was drawn to this photo because of the excellent quality of paw print. Not only was the print clearly visible because there was snow on the ground, but it was also frozen and allowed me to clearly capture the different parts of the dog’s foot. 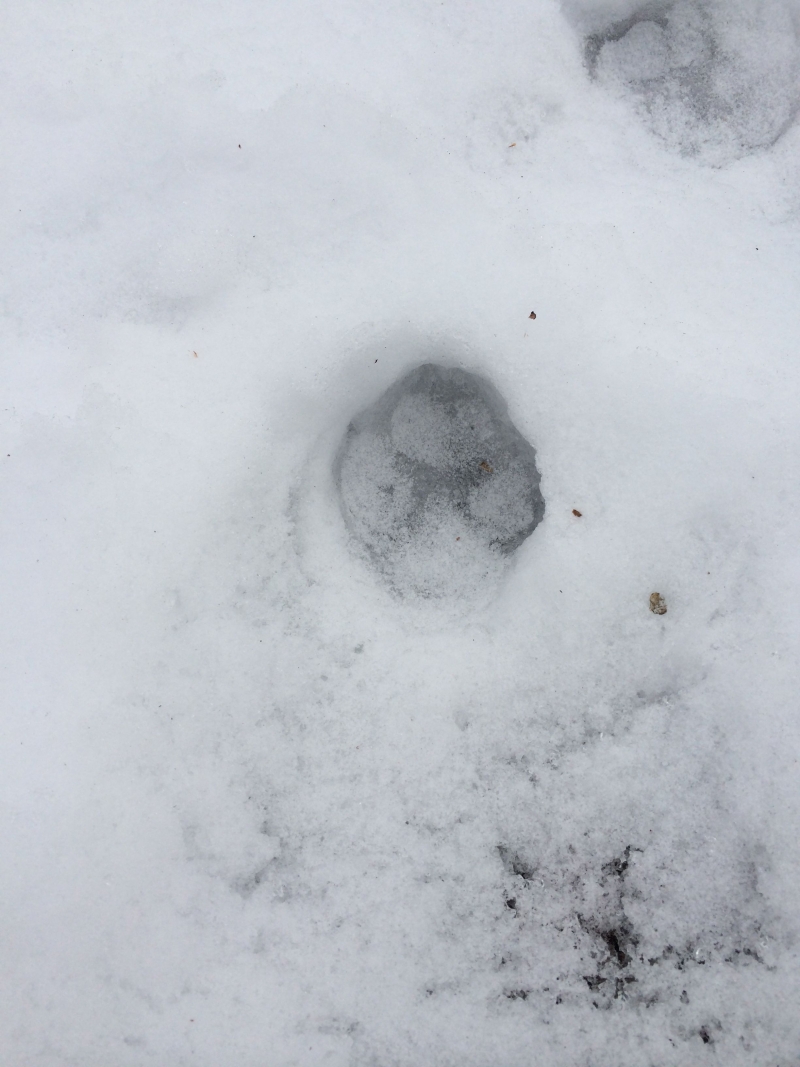 The First Cast (other photo)

Through the Eyes of a Trout (close up)

Hey There Mr. Owl (Close up)