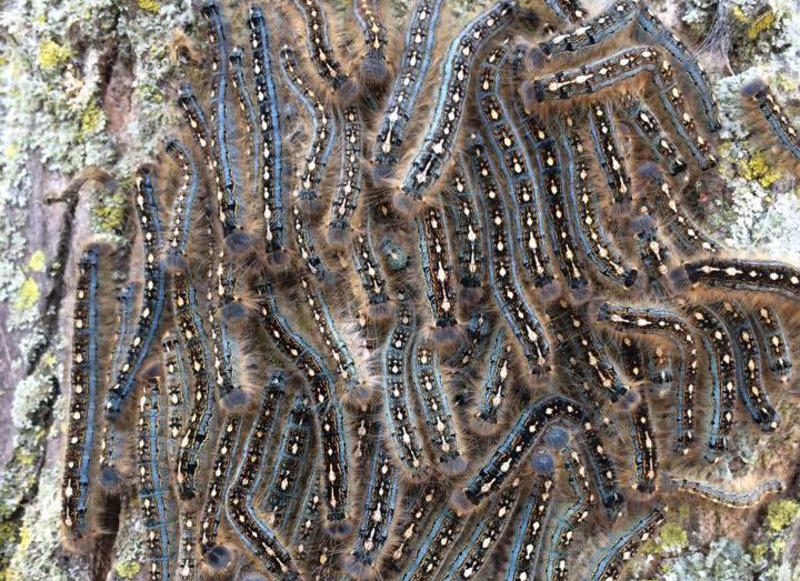 Forest Tent Caterpillars have taken to a number of trees on the St. Lawrence University Campus this spring. Photo: Emlyn Crocker

Didn't see too many this year.