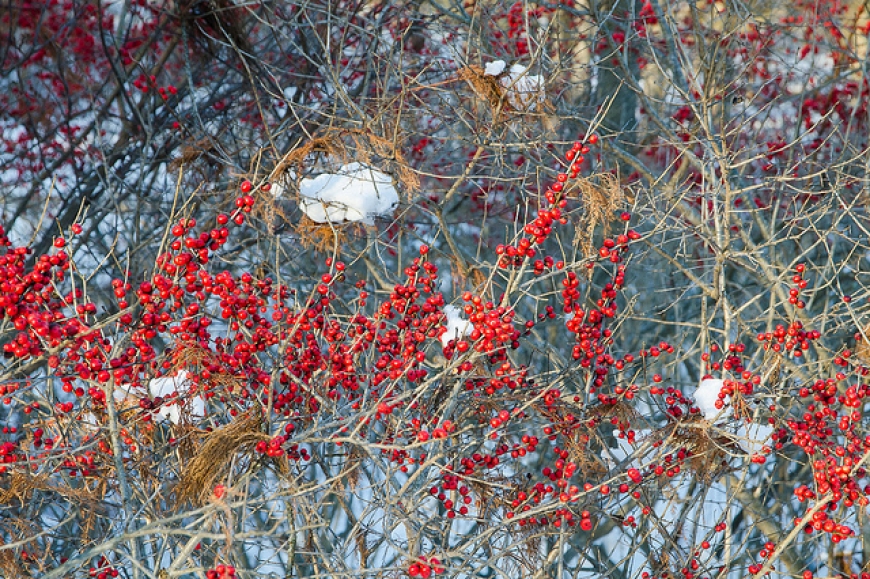 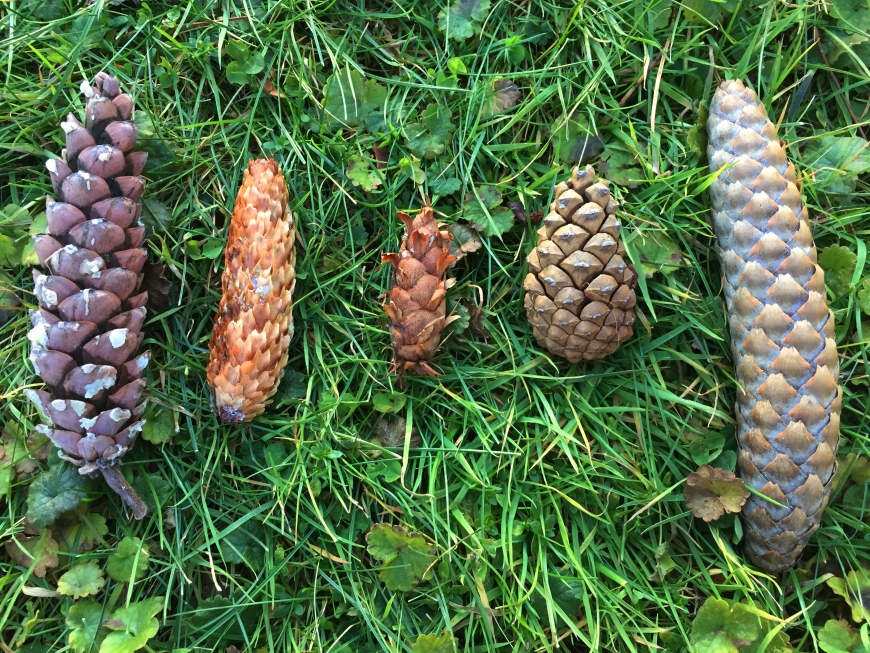 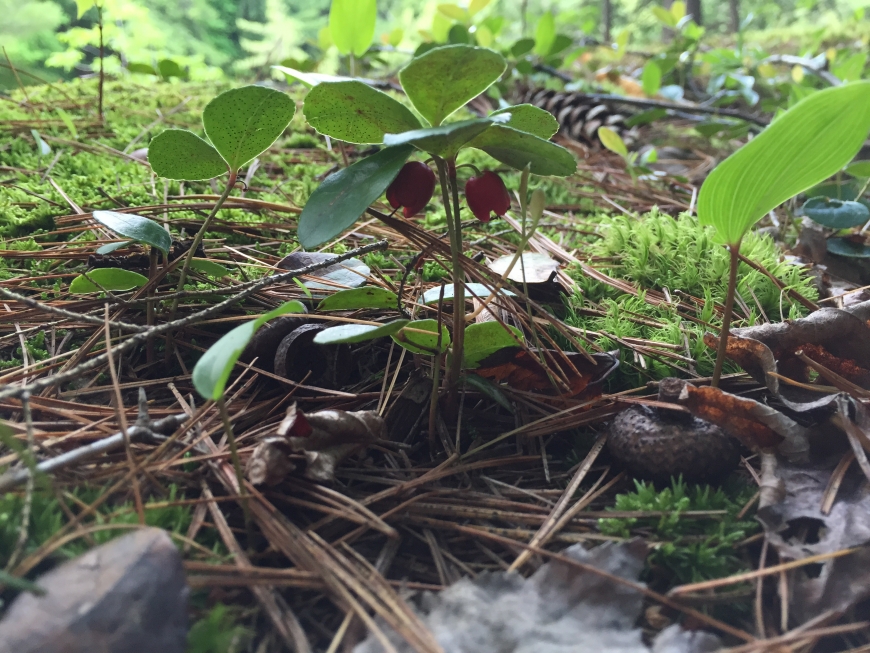 Not that long ago the winter holiday season started after Thanksgiving, but it seems like every year it inches closer to the middle of the calendar. Now Santa just barges in the day after Halloween, presumably to take advantage of half-price candy, but still it seems a bit rude. I blame the insidious “holiday creep” (not to be confused with the Grinch) on global warming. Or maybe it’s commercialism, I don’t know.

At this rate Christmas will soon merge with Labor Day, and the irony will be unbearable. But even if that happens, Mother nature will be ready with an abundance of red-and-green holiday decorations. Most Christmas tree farms will be happy to sell you cut greens well before the holidays, and might even have an area where you can cut your own for less.

If you gather holiday greens from the wild, be nice to the land owner (especially if it’s you). Always get permission. And be kind to the trees and shrubs as well. Speak soothingly to them, and never clip more than twenty percent of their branches. Also, give them a year off between haircuts.

If all evergreens look the same to you, this could be a good time to get to know them. You can find tree identification guides online, or contact your local Cornell Cooperative Extension office for help.

Widely naturalized, Scots pine has medium-long needles and is better than any other pine at not shedding in the house. White pine, the only native pine having needles in bundles of five, is pretty good at needle retention, and more aromatic than Scots. Red pine bears long glossy needles in groups of two.

Don’t forget pine cones—red and Scots pines have rounded or slightly pear-shaped cones while white pine cones are elongate. If you’re lucky you may find branches already “decorated” with them.

Balsam fir is as much a potpourri as a decoration. Famous for its perfume, balsam has short flat needles which it holds exceptionally well. Hemlock fir has very short flat needles, but it will shed all over the place. Spruce needles are easy to identify because they are triangular in cross-section, not flat. You may encounter white, red, black (in wetlands) or even naturalized Norway spruce out on the back forty.

And now for some color. Your friendly Christmas tree farmer usually carries a wide selection of adornments for wreaths, garlands and sprays. But if you want to try wildcrafting your color accents, here are some ideas:

Partridgeberry (Mitchella repens) is an evergreen trailing vine with small glossy leaves and red berries. The latter are edible but utterly without flavor, kind of the tofu off the berry world I guess. You can find it growing in dense mats, often in acidic woodland soils. Only gather vines from a robust population, and never take more than ten percent of the plants.

It has been a good year for winterberry (Ilex verticillata), a native deciduous holly sporting neon-red berries. It reaches 4-10 feet tall and is common near wet areas, though is not exclusive to them. When you find a thicket of winterberry you may notice some bushes have no berries. This is because winterberry is dioecious, meaning it has two oecious. Actually it means there are separate male and female plants, and as usual the females have done most of the work.

I have to warn you not to gather winterberry on New York State lands. Winterberry is listed as “Exploitably Vulnerable” on the New York State Department of Environmental Conservation’s Protected Plants List. Here is the text: “6 CRR-NY 193.3 (e) It is a violation for any person, anywhere in the State, to pick, pluck, sever, remove, damage by the application of herbicides or defoliants, or carry away, without the consent of the owner, any protected plant.”

So gather winterberry boughs only on private property with permission from the owner, and where it is abundant. You can remove up to twenty percent of the branches from a bush before it will “notice” the loss. And of course gather it elsewhere the following year. Once in a wreath or spray, the berries hold on well, but be very gentle with it during transit.

If you like how they look in a natural setting, you might consider planting winterberry at home. Transplanting from the wild is an option, but there are nice cultivars available to buy. ‘Winter Red’ is a favorite tall cultivar, while ‘Red Sprite’ is a short one. The berries of ‘Afterglow’ are orange, those of ‘Winter Gold’ pale pink. You’ll need one male plant for every four female to ensure berry production.

In many ways winterberry is an ideal landscape plant, as it has few pests or diseases, and transplants easily. Its brilliant red “holiday decorations” appear in early autumn, but that’s not considered too early these days. In fact, we may as well leave our icicle lights up year-round now.