The First Shall Not Last 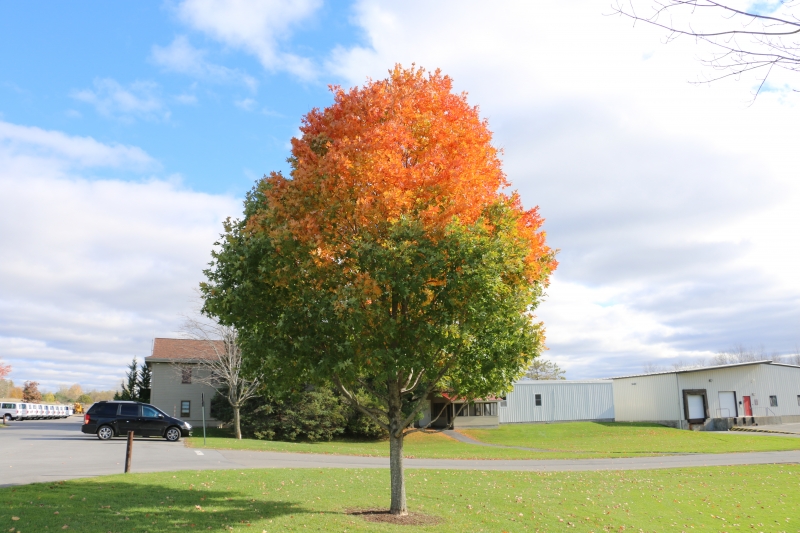 The First Shall Not Last

Seems like competitiveness may be part of human DNA, but it does not always pay to be first.

No prize awaits the fastest car that passes a radar patrol, or the first person to come down with the flu at the office. And for trees, the first ones to turn color in autumn are not envied by their peers. If trees experience envy, which no one knows. The first trees to show orange and red and drop their leaves are telling us to get quotes from a tree-removal company, because they are not going to last.

The reason that some trees turn color ahead of their compatriots has to do with their balance sheets. Trees are meticulous accountants, and tend to be good savers that never live beyond their means. When it’s no longer profitable to operate, they start closing down for the season.

Each spring, deciduous trees take money out of the bank—starches out of trunk and root tissues—and invest in a huge solar-powered sugar factory, known as leaves. After paying for its annual complement of leaves, a tree’s costs for the season are nighttime respiration, in addition to as-needed maintenance such as chemical responses to insect feeding, pathogen incursion, or injury. Its income is the form of sugars it makes from water, carbon dioxide and sunlight via photosynthesis.

As summer wanes, the longer nights drive up costs (respiration), while the shorter days bring down income. Eventually, a tree reaches a point where it only breaks even, and it closes shop for the season. However, trees that are under stress for one reason or another have a hard time procuring the raw materials for their business. If nutrients are missing, if roots are burned by salt, physically damaged or find it hard to breathe properly due to soil compaction, or if uptake and transport of water is reduced, that makes their sugar factory inefficient. They cannot earn as much, and are less profitable overall.

Yard and street trees, for example, experience high soil temperatures, restricted root zones, intense competition from turfgrass, and other conditions that make it tough to get water. If road salt is deposited in the root area, this exacerbates the problem. Trees with waterfront homes have other challenges: fluctuating water levels tax their root systems, and those soils tend to be nutrient-poor. Such trees will reach the break-even point earlier than healthy trees, and they will close their doors early to avoid losing money, thus triggering color change.

We know that orange (carotenes) and yellow (xanthophylls) colors are already present within the leaves, masked by green chlorophyll. Trees begin to make a waxy compound to block off water and nutrients to their leaves, which is the equivalent to winterizing a camp or boat. It avoids winter damage. As the leaves are thus choked off, chlorophyll dies and yellow and orange are revealed. Red (anthocyanins) is a different story. It is manufactured in the fall by some species, maples in particular, at significant cost. Science has yet to come up with a plausible explanation for this. Probably, enjoying the color show is far more important than figuring out why red happens in fall.

Sometimes you’ll see a bright-colored branch on a mainly green tree, which means business is good overall except for that “branch office.” In these cases, it is a particular major root which is in trouble. It’s not always the root directly below the early-color branch, because vascular systems may spiral.

Whenever you see a tree hanging a “See You Next Year” sign earlier than others, you can be sure it’s facing severe stress and is taking the most prudent action. Our prudent response would be to choose a replacement tree, and plan to remove the early bird. And to remember that first is not always best when we are tempted to cut a queue.

For more nature-based essays, visit paulhetzlernature.org where humor and science collide - amicably for the most part.