The Tears of St. Lawrence 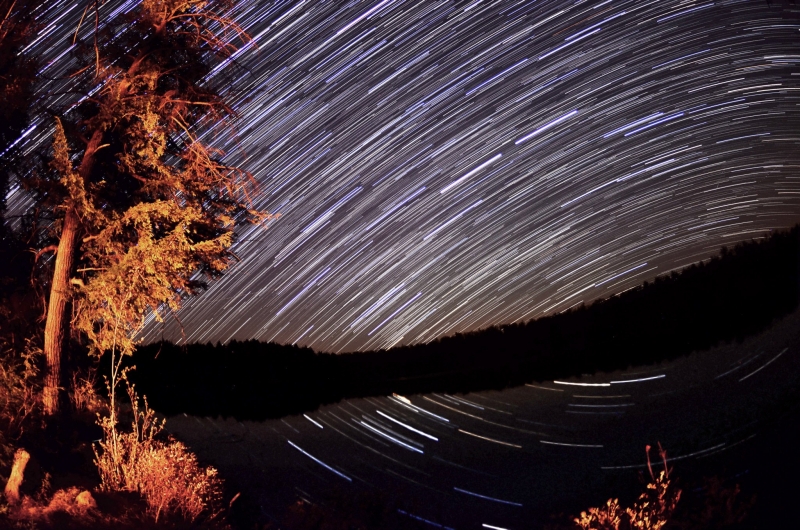 The Tears of St. Lawrence

We are pleased to share a post from our local wandering celestial minstrel, Jeff Miller. Please read on below to find out what's happening in the night sky this week!

Every year, from mid-July to the end of August, the Earth experiences the Perseid meteor shower. A meteor shower occurs when the Earth passes through the debris trail left in space by a comet. The Perseid shower is caused by comet Swift-Tuttle, which was discovered in 1862, and made its last close encounter with Earth in 1992 (its next appearance will be in 2122). The tiny bits of dust from Swift-Tuttle hit the Earth’s atmosphere at over 100,000 miles per hour, creating a tremendous amount of heat, which in turn heats up the gasses in our atmosphere, causing those gasses to glow. The resulting streaks of light are easily seen against a dark sky.

Meteor showers are named after the region of the sky from which the comets appear to originate – a point called the radiant. The radiant of the Perseids is in the constellation Perseus, the Hero (Perseus … Perseids – get it?). Meteor showers are best seen in the pre-dawn hours, when your position on the Earth faces more directly into the “stream” of debris, but a few meteors can generally be seen in the evening, generally after 9:00 pm. The activity observed should increase after about 11:00 pm.

This year, Perseid activity peaks on August 12-13 (Monday night/Tuesday morning), but you should be able to see some meteors throughout this week. The best view of a meteor shower comes from the unaided eye – no telescope or binoculars required – so that you can see as large a section of the sky as possible. Find a dark spot in your yard and sit in a reclining lawn chair facing the north-east (the direction of Perseus). Meteors can be seen anywhere in the sky, so choose your favorite direction. Let your eyes take in the whole sky, and hopefully you’ll see some streaks of light whizzing by.

The Perseids have a special relationship with the St. Lawrence community. In 258 A.D., there was a deacon in Rome named Lawrence, in charge of Church goods and distributing alms to the poor. The Roman emperor Valerian had many bishops, priests and deacons put to death under his rule; other Christians were forced to hand over their “riches” and sent into exile. When Lawrence was asked turn over the money in his care, he presented the poor, suffering people of his town, proclaiming them as the true treasures of the Church. For his actions, Lawrence was burned to death on a large grill (a “gridiron” - for you newcomers, that's also the name of the St. Lawrence yearbook) over a bed of hot coals. It is said that after suffering for some time, he made a remark along the following: “It is well done. Turn it over and eat it!”.

As his mourners were carrying the body of Lawrence away, they gazed into the night and saw fiery streaks across the sky. As if the heavens were crying over his body, the Perseid meteor shower is sometimes referred to as “The Tears of St. Lawrence”. The Feast of St. Lawrence occurs every year on August 10 very close to the annual peak of the meteor shower.

These pages at Sky & Telescope and NASA have more info about this year's appearance of the Perseids. You can also download an audio tour of the August sky at Sky & Telescope, which gives more meteor observing tips as well as where you can look to find Venus and Saturn low in the west in the evening, and Jupiter and Mars in the morning sky.

Take some time this week to share in these celestial wonders! 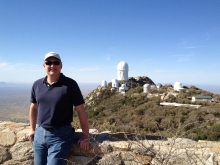 Thanks for sharing the St. Lawrence connection. An astronomical and touching story.