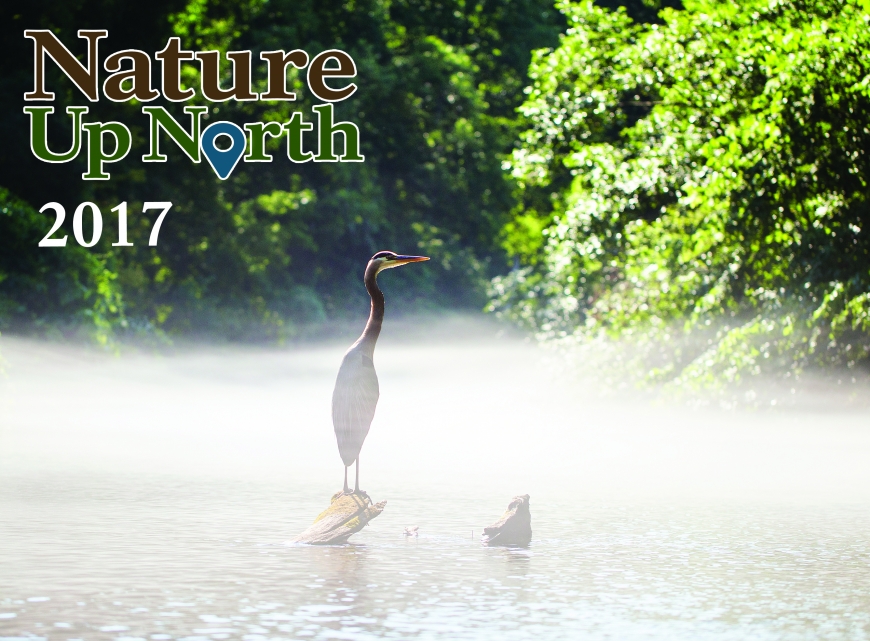 We are pleased to announce that 2017 Nature Up North calendars are on sale. Our calendars feature some of our favorite photos that local folks have shared as Encounters on natureupnorth.org in the past year. They also feature Nature Notes highlighting interesting wildlife behavior to look out for each month.  They make a great holiday gift!

Proceeds from our calendar sales benefit Nature Up North's community environmental education initiatives. In the past year Nature Up North has reached more than 1,000 local residents through guided hikes, paddles, workshops, and K-12 programs.

Nature Up North calendars are available at the following local businesses:

We hope you’ll support our programs, and locally-owned businesses, by buying a Nature Up North calendar this year. And don’t forget to keep posting your North Country nature photos as Encounters. Your photos could be included in next year’s calendar!

Jacob Malcomb, Project Manager of Nature Up North 2013-2016, is an avid runner and mountain biker. He also enjoys playing guitar, attempting to stay upright on skis, and getting out on North Country waterways. He hopes to see you out on the trail.