Fanfare in the North Country 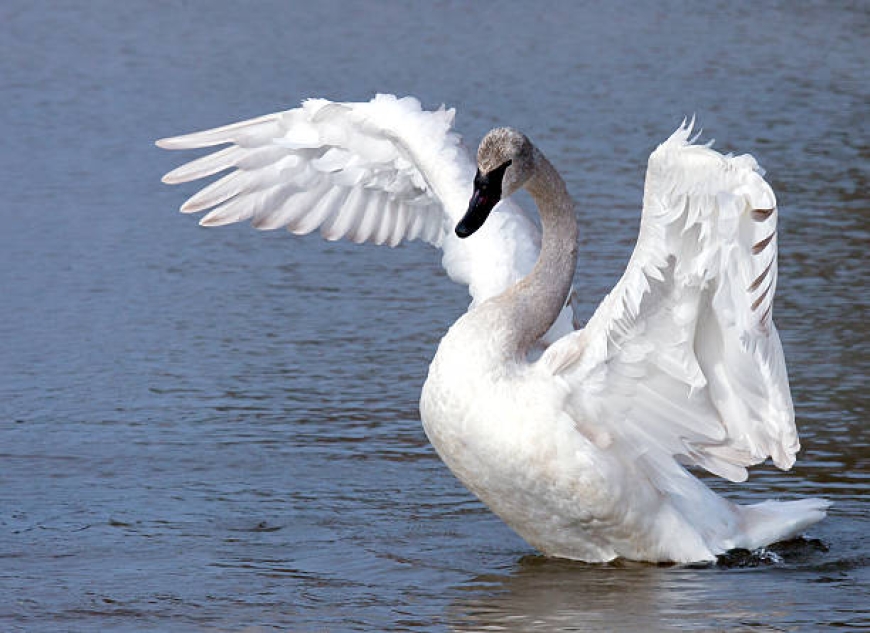 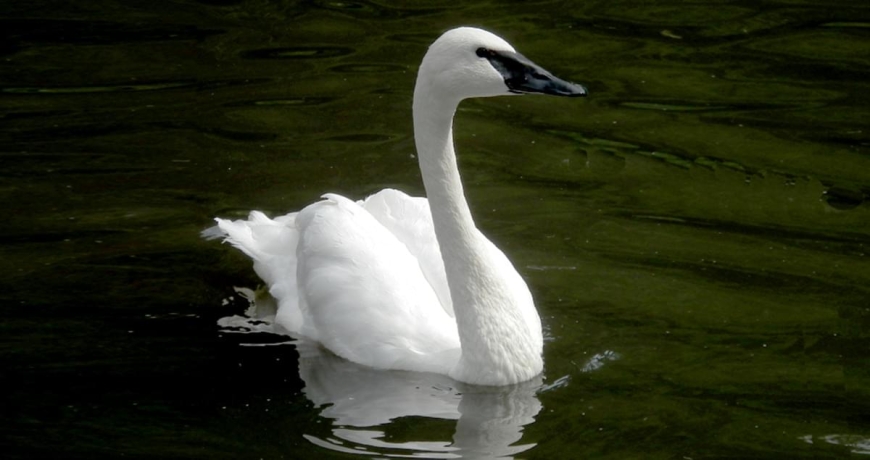 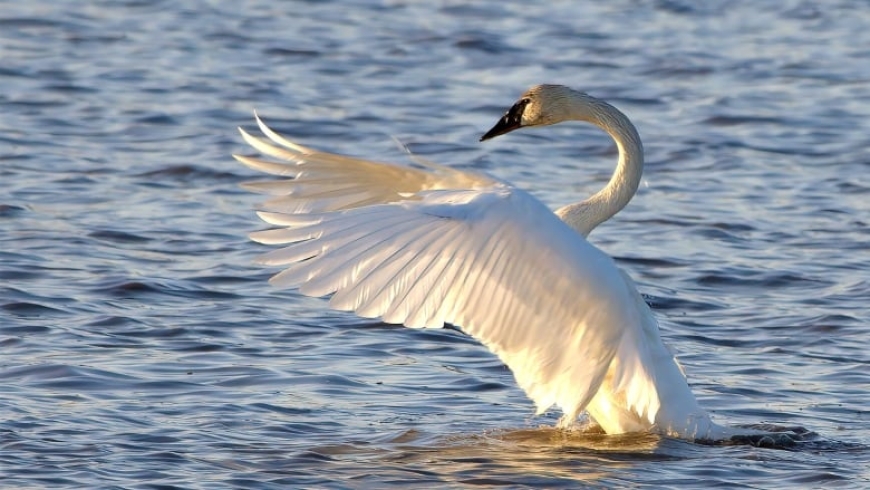 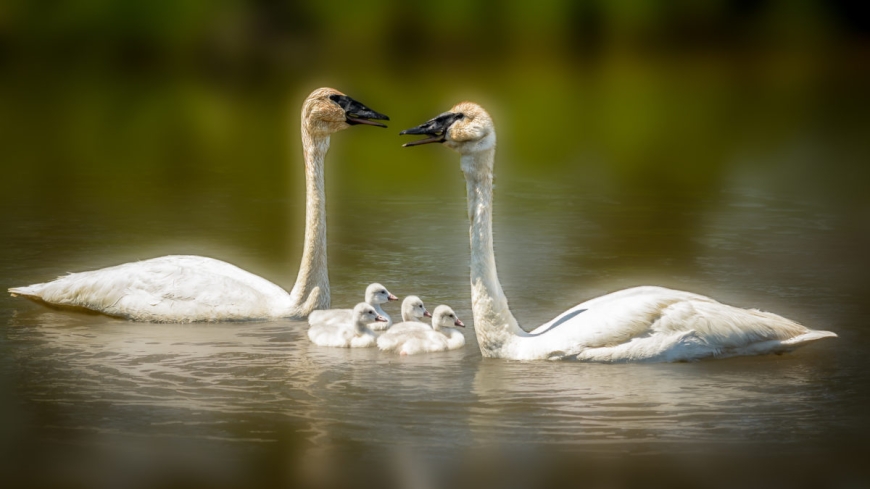 Fanfare in the North Country

It’s nesting season, which means the skies and waters are filled with life; chirping birds calling out for a mate, waterfowl patrolling the waters for a place to roost. But for a few centuries, wetland areas have been missing the notable honking of the largest species of waterfowl in the world. Weighing an average of 26 pounds and growing up to 6 feet in length, the massive Trumpeter Swan is truly an impressive creature. Named after their distinct, brassy, trumpet-like honk, these elegant birds call from their characteristic black beaks which contrast beautifully with their white feathers as they glide gracefully in northern America’s lakes and ponds. Due to their impressive size and weight, Trumpeter Swans require quite the landing strip in order to take off; nearly 100 meters. They run quickly and gracefully across the surface of the water, slapping the top as they generate speed. When away from the water, Trumpeter Swans can also travel over a mile on foot at a time.

So why have these illustrious birds disappeared from the wetlands of North America? Where have they gone?

While Trumpeter Swans are now most commonly found in the Rocky Mountains, Alaska, and the Midwest, they once populated much more of the northern United States, with inhabitants residing in the North Country, and neighboring parts of Canada. Now, Trumpeter Swans in New York are rare, with the roots of this bird's disappearance dating all the way back to the 17th Century. As the nation began to expand and the growing population forced a need for industrialization, wetlands were drained to support agriculture and development. Along with habitat destruction, the sheer beauty of these swans proved desirable for Americans’ materialistic needs. Swans were soon harvested for their feathers: the long white plumage proved useful for quills to be written with, and were a fashionable adornment for hats. Plus, the soft swan skin was the perfect resource for women’s powder puffs.

Besides human disturbance, Trumpeter Swans engage in specific behaviors that exacerbated their population decline. These lovebirds pair up by the age of three or four, migrating with each other and generally maintaining a monogamous relationship. Many males will only mate once, and so once they are paired and lose their partner, reproduction is no longer possible.. Trumpeter Swans nest on the dams of muskrats and beavers, and declining populations of these mammals (also a result of human settlement) have limited Trumpeter Swans’ nesting grounds.

As a result, the Trumpeter swan was completely decimated in most areas of the continental United States by the turn of the 20th Century. In the 1930s, there were fewer than 100 swans south of Canada, and by 1968 the population increased to about 3,500 on the continent. The loss of this distinguished bird brought sadness to our part of the world, as we had not only lost a valuable component of our ecosystem, but also the pride of having the world’s largest waterfowl in our local waters.

Luckily, conservationists began serious restoration efforts in the 1980s, implementing policies that have slowly allowed Trumpeter Swan populations to grow. Scientists have begun raising Trumpeter cygnets (baby swans) from eggs laid in Alaska, releasing them into old habitats in Ontario and the Midwest. Trumpeter Swans remain rare in New York, though the curious birds have begun to make their way back into the state. There have been no deliberate reintroduction tactics to bring swans back to the state, though they seem to be taking it upon themselves to travel into the North Country. There are a few swans residing in Canton, NY at the Upper and Lower Lakes Wildlife Management Area.  The Ontario Trumpeter Swan Restoration Group (OTSRG) has been working tirelessly to reintroduce Trumpeter Swans into the province, increasing their own population of the birds to about 3,000. As this has proven beneficial for our neighbors to the north, Trumpeter Swans have been making their way across the St. Lawrence River into New York. While there have been sightings of traveling swans in the state, there is really no way of knowing just how many are around.

So how can we help these illustrious swans return to the North Country? First and foremost, we can be respectful to all wildlife and wildlife conservation areas, minding our waste outputs and practicing Leave No Trace principles. Keep your distance from Trumpeter Swans - both for their safety and your own - you don’t want to tussle with a swan. If you find yourself in Ontario or see any Trumpeter Swans in the North Country, you can help out in a citizen science project by filling out this form to aid in tracking and identifying these birds!

We have a special opportunity as folks who live in an ecosystem which hosts the world’s largest waterfowl, and we should try to do our part in conserving this special species! 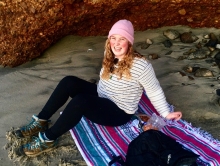