Climate Action in the North Country Ramping Up 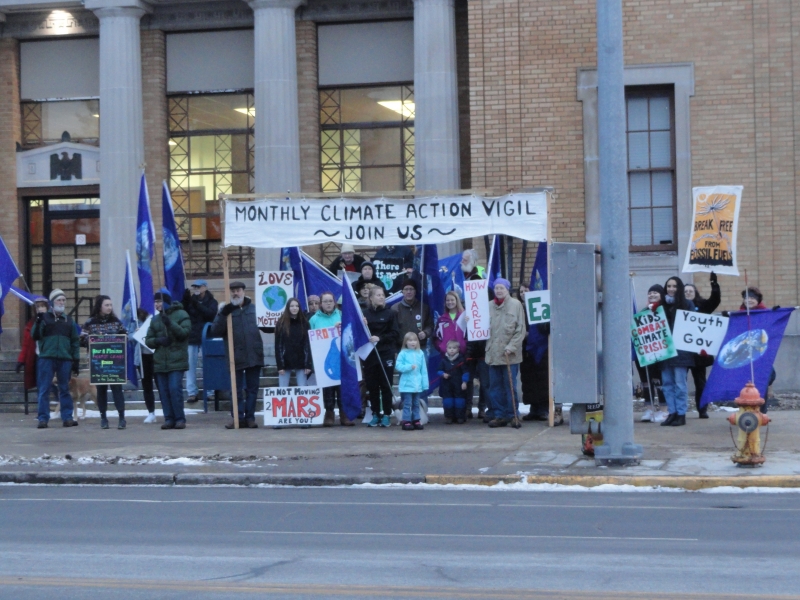 A great turn out at the first Monthly Climate Action Vigil in Potsdam on Friday, December 13th (Photo: Ginger Story-Welch)

Climate Action in the North Country Ramping Up

On Friday, December 6th, a group of people sang together in harmony in the Canton Park.  We were bundled up in coats, hats, and gloves as icy wind and snow swept through town. The lyrics, I’m Dreaming of a Green Christmas, joined us for a singular purpose - climate activism. As cars sped by and people passed with children, we raised our voices in song. The goal of all 50 people present, old and young, was to send a desperate plea for concrete climate action to our government.

This was the 10th Monthly Climate Action Vigil in the Canton Village Park. Many people spoke about the importance of climate action and how the climate crisis will affect their future, including students from Canton High School, St. Lawrence University, and Little River Community School.

Earlier that day, three of us drove to Plattsburg, where 100 people joined a protest calling on local congresswoman Elise Stefanik to declare a climate emergency, support the Green New Deal, and stop taking money from fossil fuel companies. We are calling on our leaders to do what is right by the people, not by oil, gas, and coal executives. 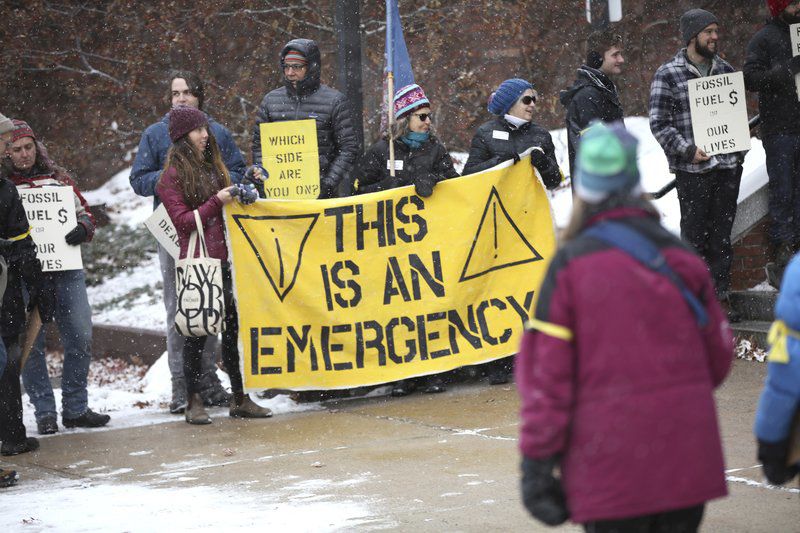 All over the North Country, people are rallying in support of climate action. In keeping with this, a new Monthly Climate Action Vigil in Potsdam premiered Friday, December 13th. Nearly 40 people joined for a nonviolent protest demanding action on the climate crisis. This additional location will allow more people in the North Country to be involved in climate activism.

The next vigils will be January 3rd from 4-5 pm in the Canton Village Park, and January 10th, from 4-5 pm at the Potsdam Post Office.

We hope to see you there!