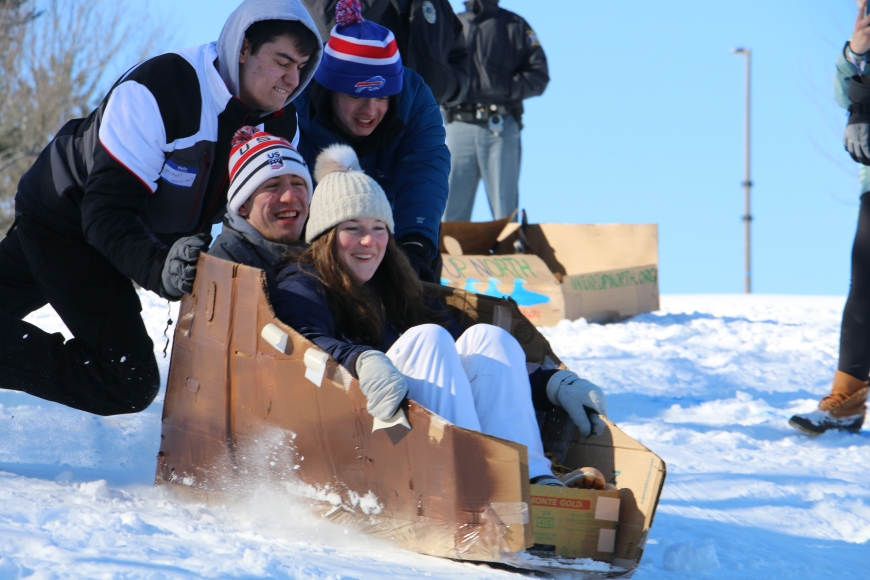 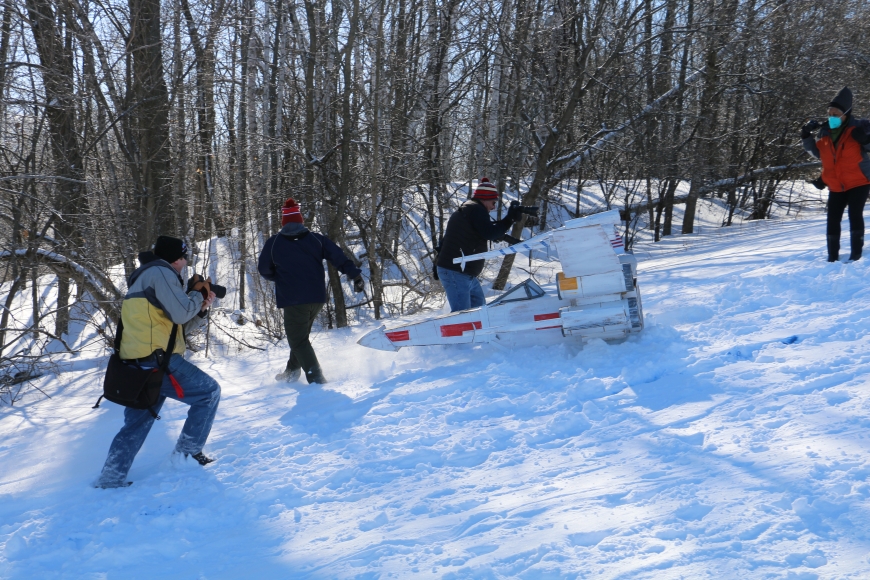 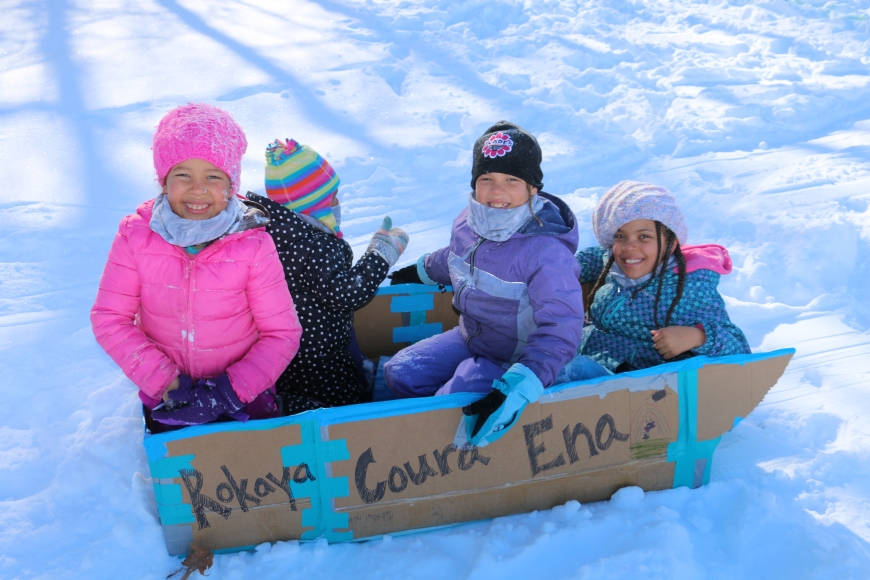 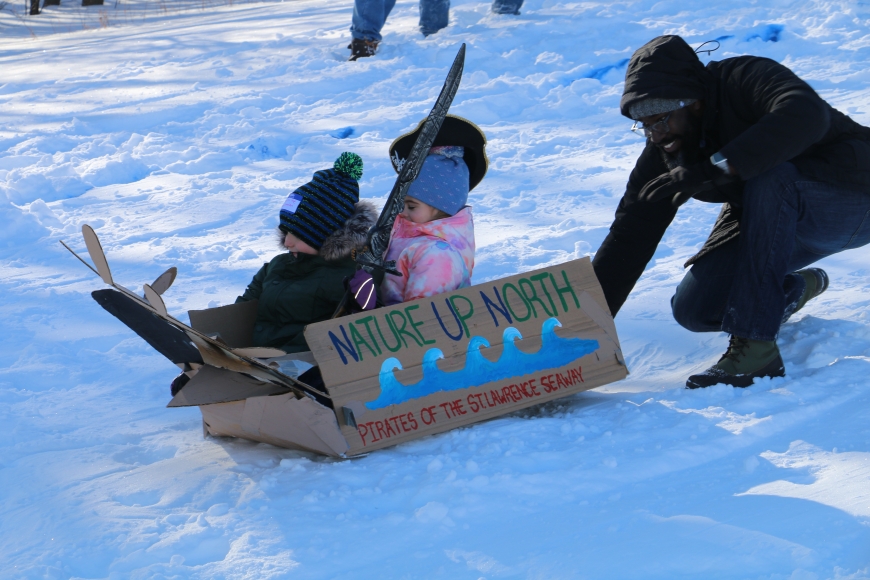 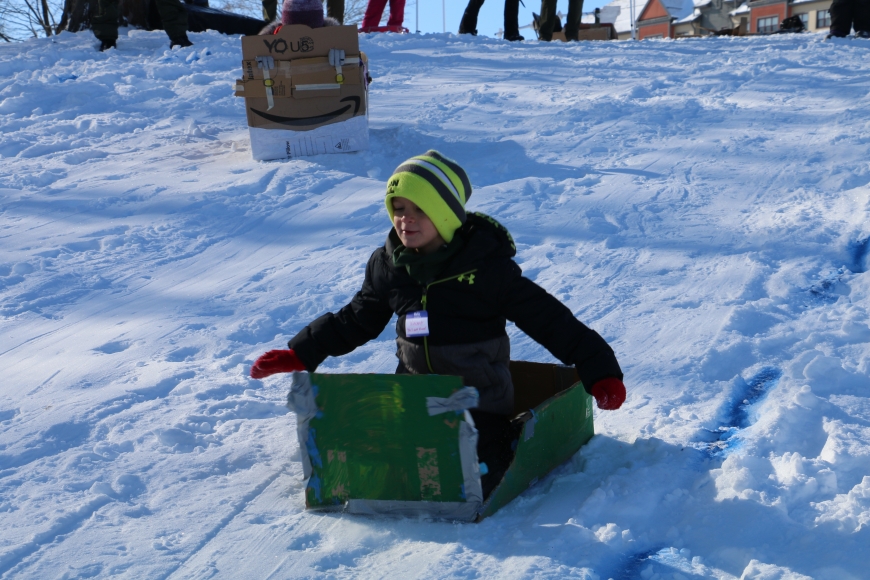 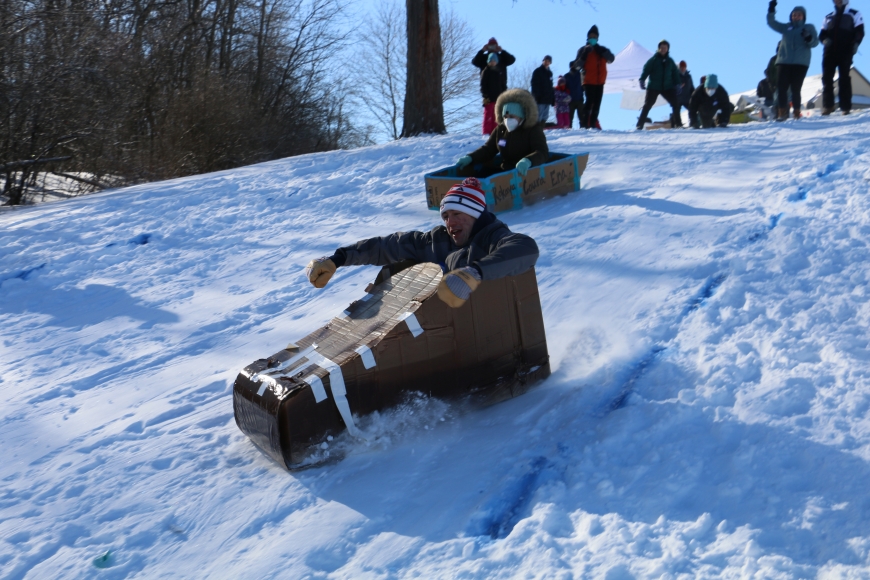 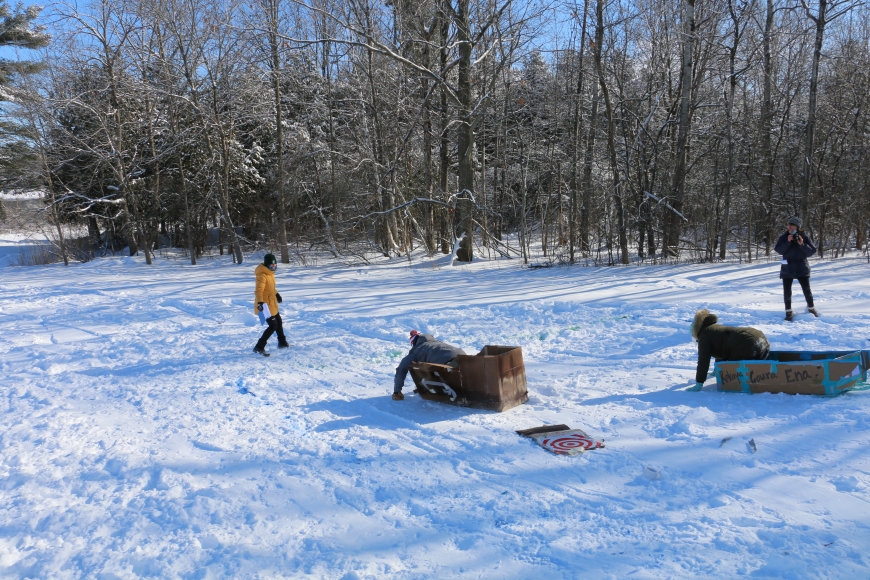 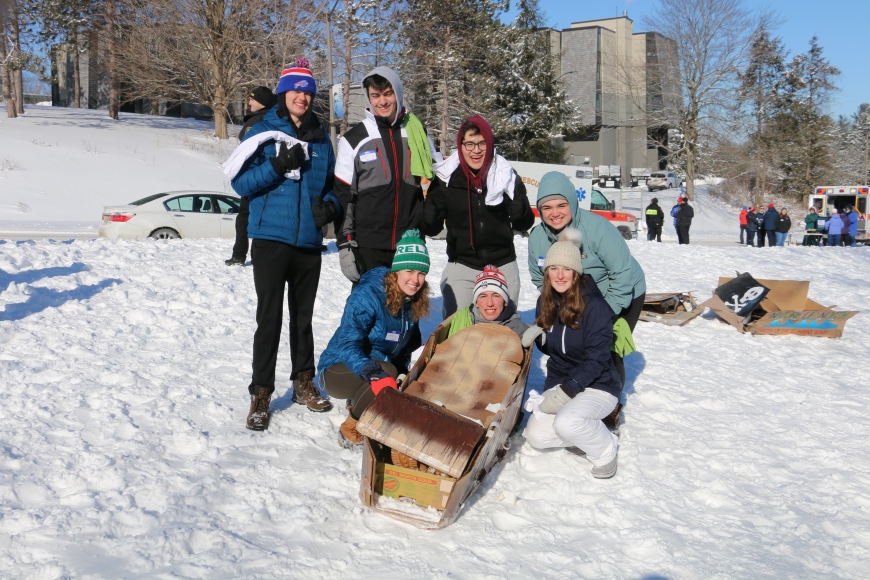 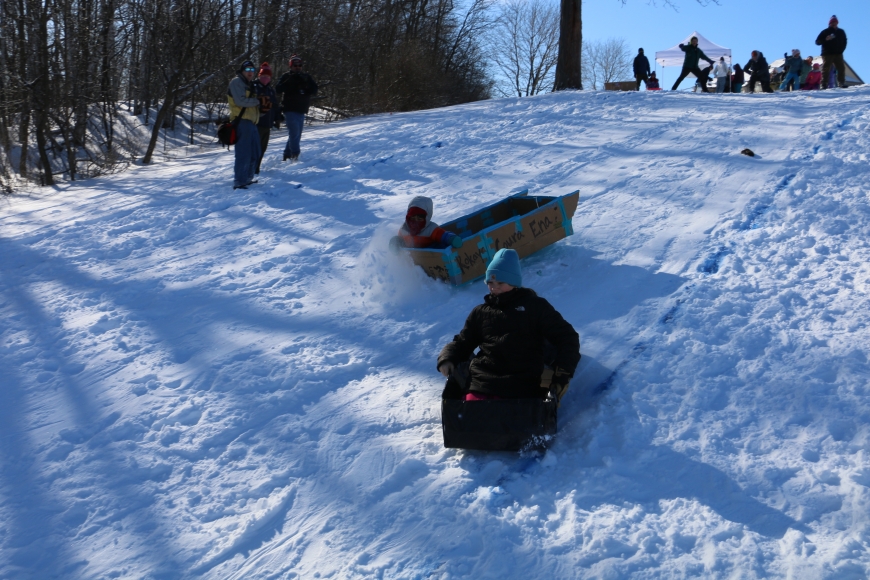 The 4th Annual Cardboard Sled Race, held Saturday, February 5th was an exciting way to start off Canton’s annual Winterfest. It was a chilly but sunny morning, perfect for speeding down the hill. Competition was fierce, with many racers fighting their way to the finish line by dragging themselves on tattered sleds or getting a boost from a teammate. Participants competed 1 v. 1 within their division of either Youth (12 and under), Open (13 and up), or Family. See the competitors that went head to head listed below, with winners marked with an asterisk.

The Racers* vs. Team Leo

Thomas the Barbarian and The Pirate vs. The Senegal Sparks*

The Cardboard Racers vs. Calc-U-SUS*

For the 2019 cardboard sled races, the Gustafson family created an incredible model of the Red Five X-Wing from Star Wars, which they brought back and this year was piloted by Team Leo in one final competition against Team Davis Cosmic Speed. And what a finale that was! Team Leo veered off course in Red Five, nearly taking out reporters from the Watertown Daily Times, North Country Now, and NCPR. Meanwhile, Team Davis was cruising down the hill at cosmic speed, but a build up of snow stalled the sled and tipped it over. Although neither racers officially “finished,” the sportsmanship and joy of sledding shown in the final run was a perfect way to wrap up this years sled races.

Alongside the SUNY Canton sledding hill the Canton Community Engagement Committee organized a meet-and-greet with the Canton Police, Fire, and EMT departments. Not only was it great to have these emergency services to share hot chocolate and conversation with, but they provided an energized, supportive crowd for all of the sled racers. Some even got in on the fun, cruising down the hill on medical backboards.

For more photos see North Country Now and NNY360 and Watertown Daily Times, and listen to a great report from NCPR's Celia Clarke: Pirates, race cars, and cold snow: The cardboard sled races return to Canton. Thanks to the Canton Chamber of Commerce, Canton Community Engagement Committee, and SUNY Canton for collaborating, and thanks to all of the cardboard sled racers that came out and showed off their creativity and speed! We can’t wait for next year's race! 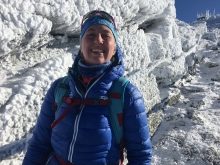