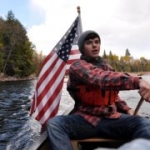 This imprint made in the light snow on top of the icy Grasse river is likely a large bird of prey (perhaps a Northern goshawk or a Great-Horned owl, both common to this area) that landed and took off from this location. The reasoning behind this is that the two long diagonal imprints were made by wings pushing against the ice for thrust. Also, there are no tracks nearby, so the animal must have come from the air. While many birds of prey migrate south from the cold North country winters, perhaps this is the first sign of their return up north for the warmer months.

There is a certain aura of mystery around single animal tracks like this. What was the bird doing here? What motivated it to land in this exposed area? Was there some tiny prey whose tracks were not visible from the shoreline? The physical evidence of this track is all the observer has to rely on. 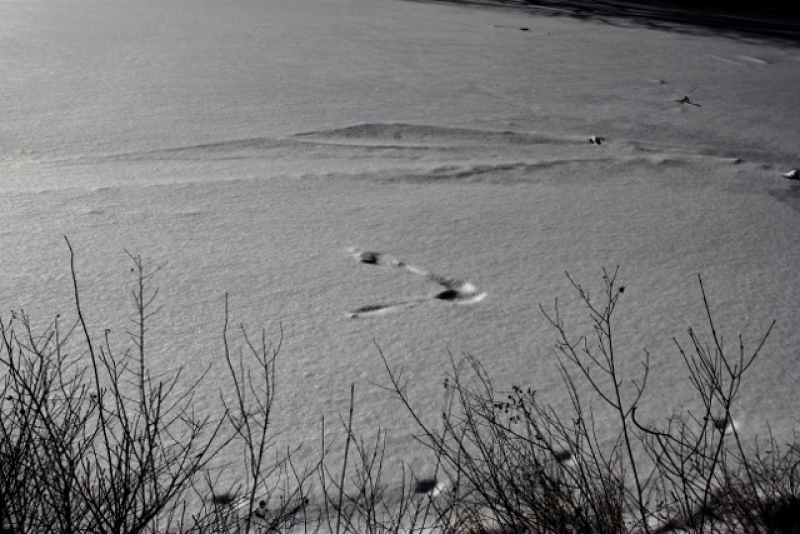 Close-Up: Marching Boldly through the Cold