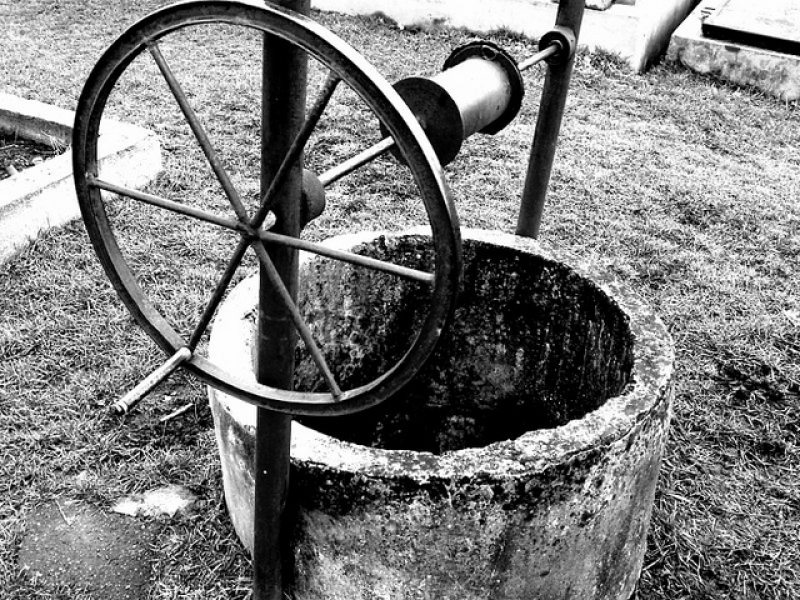 If you don’t plan to send your water to college, why bother having it tested? Academic testing is in fact akin to water testing in the sense that they both can involve many diverse “subjects,” and that a passing grade in one department does not apply to other domains.

Everyone knows that taking an algebra exam won’t determine your grade in anthropology, history or theatre class. But it isn’t as obvious that the same logic applies to water. A coliform test can find out if your well is being impacted by septic leakage or manure runoff, but it won’t tell you if residues from agricultural chemicals or spilled gas or oil are getting in your water. Those things require different tests, and possibly even different labs.

Nationwide, about 15% of the population rely on wells for drinking water, but in rural areas, a much higher proportion depends on groundwater. For example, in St. Lawrence County, 42% of residents get their water from potable wells. We are very fortunate in our little corner of the planet to have such easy access to fresh water. Across the northeastern US in general, most aquifers are shallow; on average less than 80 feet below the surface. In some parts of the West, Southwest and Midwest, one has to drill 250-300 feet to find water. Another blessing is that our aquifers completely refill annually, unlike in some Midwestern states where wells have to be deepened every few years because there is essentially no aquifer recharge.

While no well is pollution-proof, a dug well is more at risk for contamination from surface runoff. A drilled well is more secure, but regardless how deep it is, it’s still vulnerable to surface contamination near the wellhead. There is no such thing as a well drilled into “solid rock.” If there were, you’d have a dry hole in the ground. Water flows into a borehole at various depths through bedding planes (in the case of sedimentary rock), and joints and fissures. Contaminants can sometimes be drawn into a well along those same channels.

Broadly speaking, there are three categories of water quality measurements: Biological, inorganic, and organic. In terms of biological, the most common indicator of potential disease pathogens in the water is the presence of coliform bacteria. Some coliforms are harmless and occur naturally in soil, but fecal coliforms live exclusively in the digestive tract of warm-blooded animals. The presence of fecal coliform bacteria could indicate pollution from a septic system or from animal manure. It’s a good idea to do an annual total coliform test on your well water, which costs about $30.00. Should you need to disinfect your well, the NYS Department of Health can give you instructions for doing so.

Contaminants such as nitrate, lead, arsenic, cadmium, chromium, copper and cobalt, whether from natural or human sources, are called inorganic. So are nitrates, which can sicken or even kill infants, from agricultural fertilizers. Even though older children and adults aren’t affected by nitrates, a high level suggests that pesticides, or pathogens from manure, could also be getting into the water. Many older pesticides contained high levels of lead, arsenic and copper, heavy metals which do not break down, and some farms still have high levels of these metals in the soil. Cadmium and chromium are released from smelting operations, and also when colored paper is burned. These heavy metals can leach into the groundwater.

Water hardness (from calcium and magnesium), as well as iron, chloride and sulfur are natural inorganics that can leave deposits and stains, or cause objectionable smells or tastes. At very high levels, some of these elements can be toxic. Prices vary, but testing for inorganics might cost about $20.00 per metal or element.

“Organic” is a misleading term, because while eating organic food is good, consuming organic chemicals is definitely not. Pesticides, degreasers, gasoline, oil, antifreeze, and many paints are all organic chemicals. How do organic pollutants get into our water? It’s shockingly easy to pollute groundwater here in the northeast where it rains a lot and the distance to groundwater is relatively small. Leaky fuel tanks (or tank overfills), floor drains in garages, and even surface spills can contaminate wells.

We’ve all heard that oil and water don’t mix, but that’s a partial truth: they don’t mix much, but more than enough to pollute water. Benzene, a constituent of gas and diesel, is 0.018% soluble in water. Given that the allowable limit of benzene in drinking water is 0.07 parts per billion (ppb), the concentration of benzene near a gas spill could be something like 180,000 ppb! (Fortunately, the odor threshold for benzene is 50-100 ppb, so you’d never be drinking benzene at that level).

It’s not uncommon for chemicals like paint thinner or degreasers that get washed down the drain at home to enter groundwater through septic leach fields, and find their way into drinking water. Many chlorinated solvents like degreasers or dry-cleaning fluid have high odor thresholds, meaning one could be drinking high levels without detecting it. Fuel oil spilled in your garden could disappear in one season if you added manure and rototilled often, but under the ground, organic chemicals break down very slowly, taking decades; even generations.

Because groundwater is not static but is always (slowly, in general) flowing, contamination from previous incidents can suddenly show up years later. A corollary to that is the fact that contamination from one property can (and does) migrate onto others’ properties.

Testing for organics is complicated: for example, checking for gas and solvents, pesticides, and antifreeze all require different tests. It can also be expensive. Testing for gasoline and/ or solvents costs around $60-70; for pesticides it can run upwards of $100 per sample.

Most contaminants can be removed with the right kind of filtration system, but systems can be quite expensive to maintain. Occasionally, drilling a new well upgradient from the contaminated area is more cost-effective, and safer, than continued filtration.

The take-home message is that anything that goes onto the ground or down the drain has the potential to get into the drinking water. Let’s work together to keep our well water—and that of our neighbors—well.