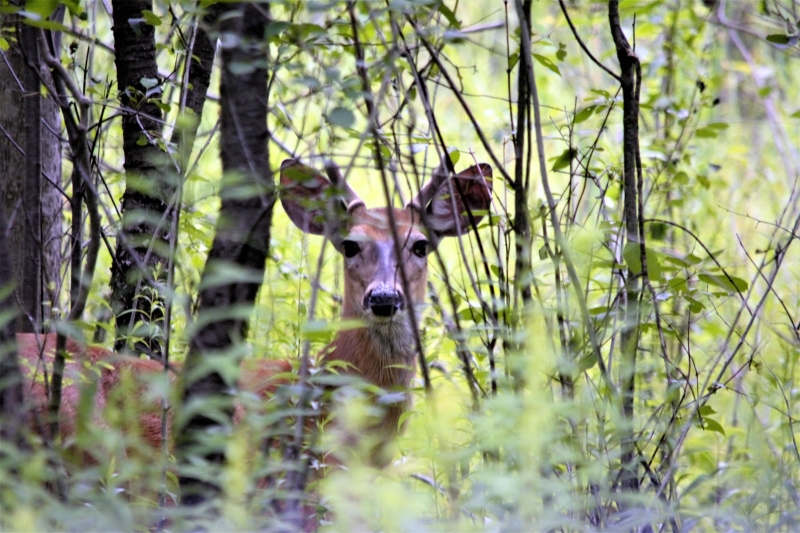 Describing happiness attracts animals:  Apparently, we can have a whale of a time, be as pleased as a pig in a peach orchard, or feel as happy as a pup with two tails, a monkey with a peanut machine, and a clam at high tide. Given all this, it’s natural to wonder if non-human animals can feel happy.

Many biologists caution against ascribing human-like emotions to animals. This is a hilarious warning, because we are after all a species of animal. Gauging critter-happiness is a challenge, but it’s easy to tell when animals are miserable.  Cortisol, a steroid hormone produced by vertebrates in their adrenal glands in response to stress, can be measured in saliva or blood.

So we can tell if a deer, goat, or cow feels stress rather than bothering with surveys, which were only ever returned by dogs anyway, and even then they were drool-covered and blank. Aside from basic requirement like food, water, exercise, and adequate protection from weather, most animal species have an intensely strong need for social bonding.

In fact, the need for socialization is on par with that for food and water. In recognition of this, in 2008 the Swiss government made it a federal crime to isolate social animals. This certainly gives perspective to the fact that an estimated 90,000 US prisoners are now kept in indefinite solitary confinement – in a very real sense, itself a crime.

More than 70 years ago, psychologist Abraham Maslow developed a “pyramid of human needs,” basically a checklist of items essential to happiness. Physical requirements form the base of his pyramid, with freedom from violence on the next tier. Social needs are third-most essential, followed by what he calls self-actualization. He argued that each level’s needs must be met before those of the next tier become of concern.

We all get the first three layers where other animals are concerned, but self-actualization may not be relevant for species like slugs (perhaps it’s just too hard to tell them apart to know if any are status-seekers). Unless a universal translator is invented, the debate over animal glee is likely to remain unresolved. One sticking point of course is the subjectivity of how happy a particular animal is – to be fair, we can barely understand our own feelings much of the time.

Common beliefs about our well-being that once seemed a matter of opinion are now able to be quantified. For instance, the old saw that money can’t buy happiness is generally true. Obviously we need a certain amount for survival, and a bit more to go from survival to comfort. Recent biological and sociological studies show that above about U.S. $75,000 annually, additional income actually reduces one’s sense of life satisfaction. This is based on both self-reporting and chemical markers for stress.

Occasionally, though, bucks do buy bliss. Writing for Psychology Today in August 2017, Dr. Mark Holder cited research showing that when money is given away, subjective happiness goes up, and cortisol levels and blood pressure go down. In another 2017 study, this one published in Proceedings of the National Academy of Sciences, a survey of thousands of subjects across all social strata found that people who paid others to do chores they were able to do but disliked (weeding, car maintenance, etc.) “bought” happiness in a small way. Voilà.

I can prove satisfaction is not entirely in one’s head, though. It that was true, no one could ever be happy as a clam, an animal characterized by a distinct lack of head. Just elated to do my little bit for science there.