When the Sky is On Fire 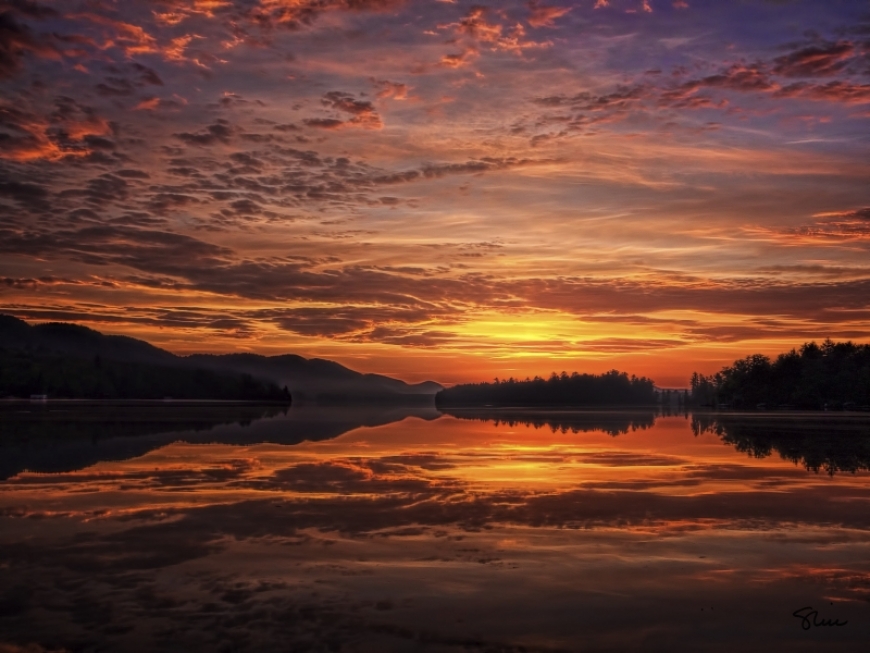 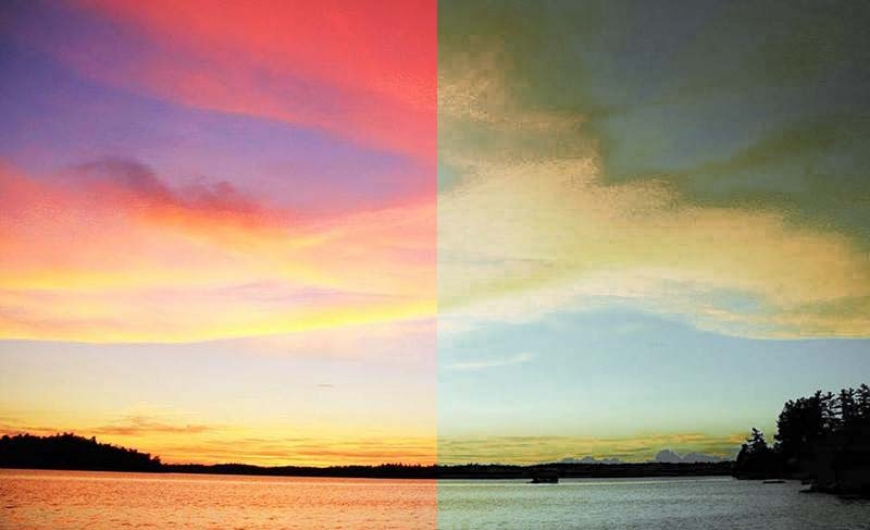 When the Sky is On Fire

The sun sinks low on the horizon and the sky comes to life in a fiery burst of color. You grab your camera and run outside, in awe of the saturated sky above you. But your dog is thoroughly unimpressed, only interested in the possibility of playtime. It has no idea the sky is on fire. Every animal has a different perception of light and color meaning everything we see is through our own human lens. Sunrise and sunset are unique experiences for every individual, dependent on the makeup of our human eyes and our specific location in the world.

What each animal sees is determined by the number of photoreceptors in their eyes and how they process light. What we perceive to be bright red in the sky would only appear dull gray or blue to a dog or as a much more complex display of color to a bird or bee. As humans, we have three photoreceptors, allowing us to see reds, blues, and greens - what we have deemed the visible spectrum. Many small mammals such as dogs and cats only have two photoreceptors, which alters the range of colors they see. We refer to these animals as “colorblind,” as they cannot depict shades of red and green.

Other species, including many insects, have four photoreceptors, and can perceive different wavelengths of light outside of what humans can see, such as infrared and ultraviolet. For example, bees have the ability to see UV light, which allows them to perceive patterns on the petals of flowers, guiding them to the nectar. The patterns of light and color in a sunset are unique to each species, so no other animal, from a dog to a bee, is seeing exactly what you are seeing.

Color in the sky is also unique to geographic location. The colors we perceive in the sky are the result of the path the beam of sunlight took to get to us. What we are really seeing is the scattering of light at different wavelengths. Molecules in the atmosphere scatter sunlight in different directions millions of times before it reaches earth’s surface. In the middle of the day when the sun is directly overhead, light takes a more direct path to us. Molecules in the atmosphere scatter the shorter wavelengths of light first, mainly blues and purples, resulting in a bright blue sky.

However, at dawn and dusk when the sun is at a lower angle in the sky, light from the sun takes a longer path to get to us, coming in contact with more molecules in the air. Therefore, by the time the light reaches us, the shorter wavelength blues and purples have already been scattered, leaving longer wavelengths of red, orange, and yellow. These longer wavelengths of scattered light give us the image of a colorful sky.

Though light needs to be scattered to produce dramatic color, color in the skies also depends on the specific air molecules light comes in contact with. The skies can look vastly different depending on the air where you are. Typical pollution particles are too large to scatter light effectively. Aerosols and particle pollution low in the atmosphere subdue the colors we see and create a hazy effect, generally present in metropolitan regions. Clean air is the most important ingredient for a dramatic sky. Air molecules of nitrogen and oxygen are smaller, allowing them to scatter light and produce brighter, more vivid colors. This helps explain why sunsets are particularly dramatic following large storms, as storms tend to leave clean air in their wake.

The magic of a sunset comes from the dramatic color it produces, as well as knowing it is a highly unique experience. Color in the sky is an illusion based on the genetic makeup of our eyes and the atmosphere where you are. The same beam of light you see as bright red could be dull yellow to your dog, hazy orange in New York City, and a bright blue sky in Colorado. As you revel in the fiery glow of the setting sun with your uninterested dog, remember there are few to no individuals in the world having the same experience as you. 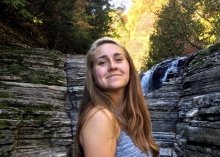 Love the photo of how a dog…

Love the photo of how a dog sees things!