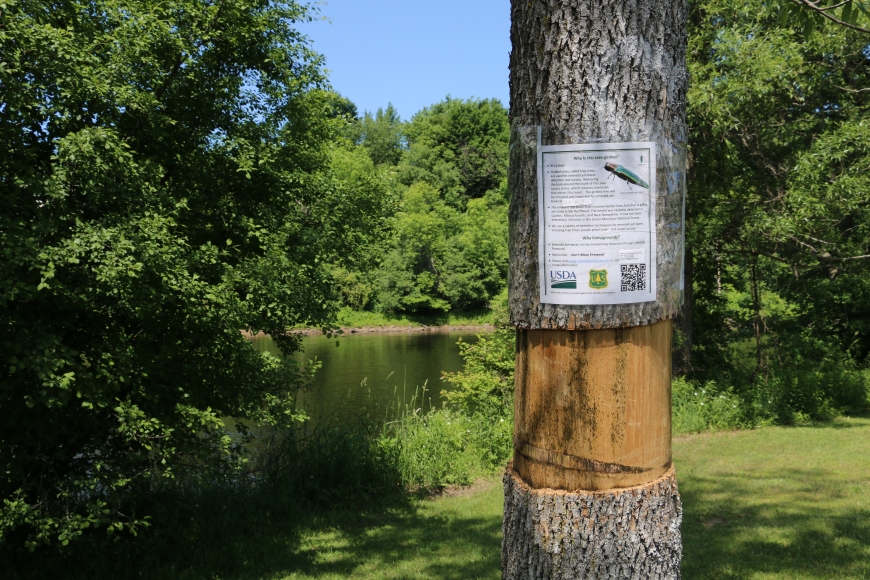 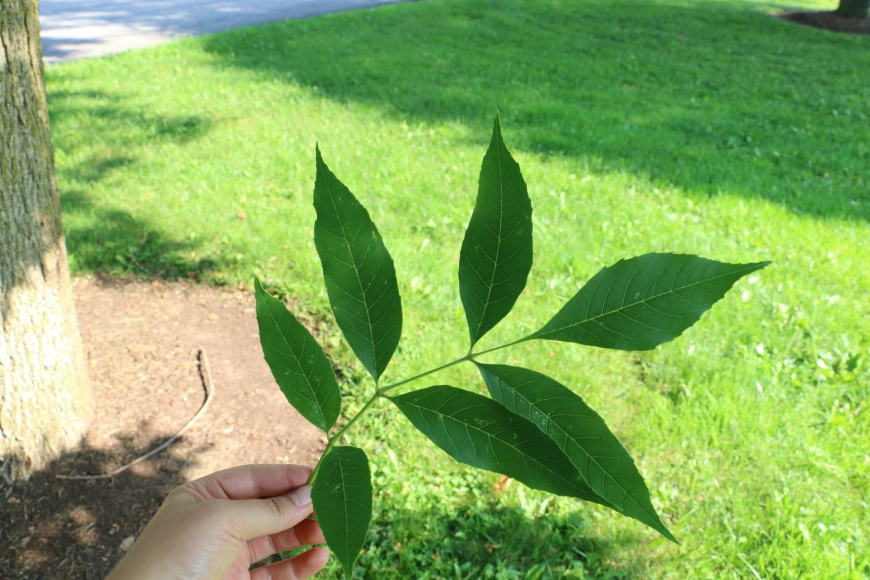 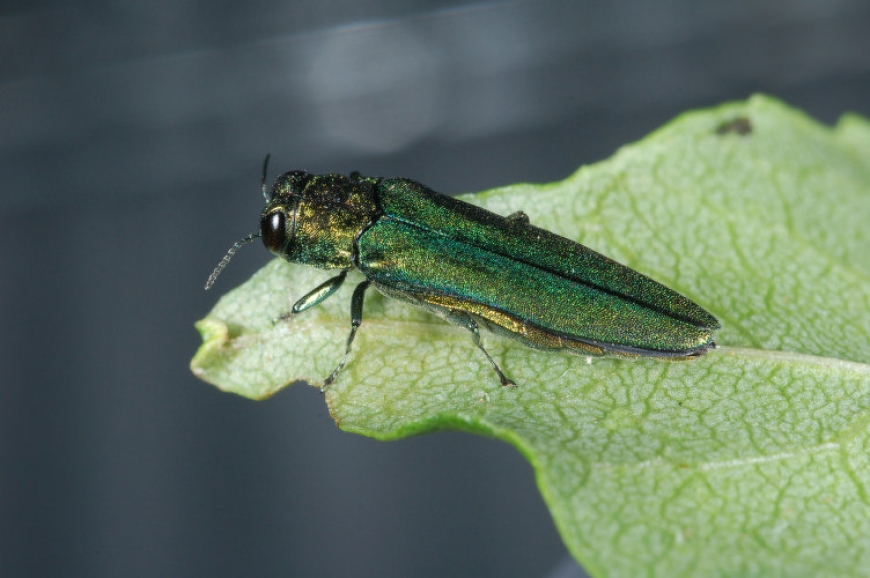 A sentinel tree at Bend in the River Park in Canton. Photo: Jess LaMay

You look out your window on a mid-summer day: the sun filters through the full, bright green leaves on the big ash tree in your yard, making patterns that dance across your floor. You hear birds sing too; a pair of robins is nesting again in one of the upper branches. It’s a pretty picture, until you learn that emerald ash borer larvae (Agrilus planipennis) are slowly destroying this tree, eating away the layer just under the bark. Fast forward a few years, and the tree will be at risk of falling on your home or electric wires, and no birds will be nesting in its branches. When it comes to emerald ash borer (EAB), it’s never too soon to raise the alarm.

This invasive wood-boring beetle, confirmed in St. Lawrence County in August 2017, is poised to devastate local ash populations. Infested trees can die in 1-3 years, and are at risk of falling on homes and powerlines. For years landowners have been targeting ash trees on their property for early removal in preparation for this reality. But everyone has the same question – isn’t there anything we can do to protect some of the ash trees? Treatments through pesticide application can be used to protect individual trees, but aren't a viable solution on a larger scale. So, what do we do?

Nature Up North, the St. Lawrence County Emerald Ash Borer Task Force and other local partners are working on efforts to monitor and slow the spread of EAB in the region. One such effort is an initiative to create a publicly available visual database of ash trees in towns and villages. Ash make up 7% to 10% of northern New York's state forests and are one of the most common species in urban areas, so finding ash to survey won’t be a problem. The challenge? Finding enough people to do the surveying. The survey’s success as a monitoring tool depends on contributions by community volunteers.

The good news is, the survey couldn’t be much easier to use. All you need is a smart phone, an ash tree, and a measuring tape. The survey is based on an open-source Esri tool called Survey 1-2-3, which is free to use online through a shared link. The survey uses your device to tag the location of the tree, and asks contributors to record notes on the tree’s health, size, and condition. Surveyors are asked to look for overt signs of EAB infestation, and each tree is tagged for a follow-up visit later on. Throughout the summer and coming year, Nature Up North and the EAB Task Force are bringing this survey and information about EAB to local communities at events across the North Country. Learn more about how you can help at www.natureupnorth.org/surveyashtrees and visit www.natureupnorth.org/events for details about upcoming volunteer trainings July 24-31st in Canton, Ogdensburg and Gouverneur.

Monitoring trees is a start, but what about ash survival down the road? With no known means of control, there has been fear that EAB will wipe out every ash population in North America. Yet, there is new hope. After EAB has swept through an area, there are sometimes ash trees that survive despite nearly complete ash mortality, particularly outside of urban areas in more genetically diverse woodlots. Some of those remaining ash trees are even healthy. This phenomenon is known in the scientific community as lingering ash. Nobody is quite sure what mechanisms are allowing these trees to survive. One researcher observed a tree in the wild that had trapped and killed an emerald ash borer by encasing it in resin, similar to the more-resistant trees found in China.

Many believe lingering ash trees might somehow be genetically EAB-resistant. Scientists are still unsure if these trees are actually more resistant, or just more tolerant (and will eventually succumb to higher levels of infestation), but research looks promising. In a study of lingering ash in Ohio and Michigan by Knight and others, lingering ash trees with healthy canopies remained healthy for at least a year while those surviving trees with unhealthy canopies declined or died within a year. Some of the healthy surviving trees even showed evidence of past EAB infestation, while others had somehow avoided infestation. The authors of this study suggest that “rare allopatric resistance or tolerance to EAB by North American ash species would not be surprising, as Asian ash species exhibit resistance and North American ash species have been shown to vary in attractiveness to EAB adults.” Researchers from different groups are busy collecting seeds and samples from lingering ash in hopes of creating a strong gene pool of resistant ash to protect the species from extinction. Geneticists are at the forefront of the effort to save North American ash species.

Monitoring and Managing Ash (MaMA) is a citizen-science driven program working on conservation. They describe lingering ash as mature, native, untreated ash trees that persist in healthy condition significantly after the vast majority of mature, native, untreated ash in the same area have been killed by EAB. According to MaMA, “Research led by the USDA U.S. Forest Service has shown that selective breeding of ash trees derived from scion (twig samples) taken from lingering ash can yield highly EAB-resistant trees within two generations, offering tremendous hope for ash conservation.” The tree must have a circumference of 31.4 centimeters with a healthy canopy rating to be considered a lingering ash. It is always a good idea to begin recording locations of potential Lingering Ash – healthy ash trees that you find in areas where most of the trees are dead or dying. Once the tree is mature enough and mortality thresholds have been reached in the area, the tree will be considered a lingering ash and can be used for further research. MaMA will be hosting a workshop in Massena on August 2, 2018. Interested individuals must register ahead of time through Paul Hetzler at ph59@cornell.edu.in 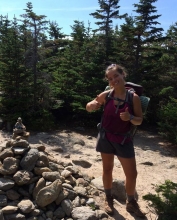 Emlyn Crocker is Project Manager of Nature Up North. An enthusiastic hiker and naturalist, she also enjoys skiing, cycling, and the thrill of an unexpected adventure in the woods.