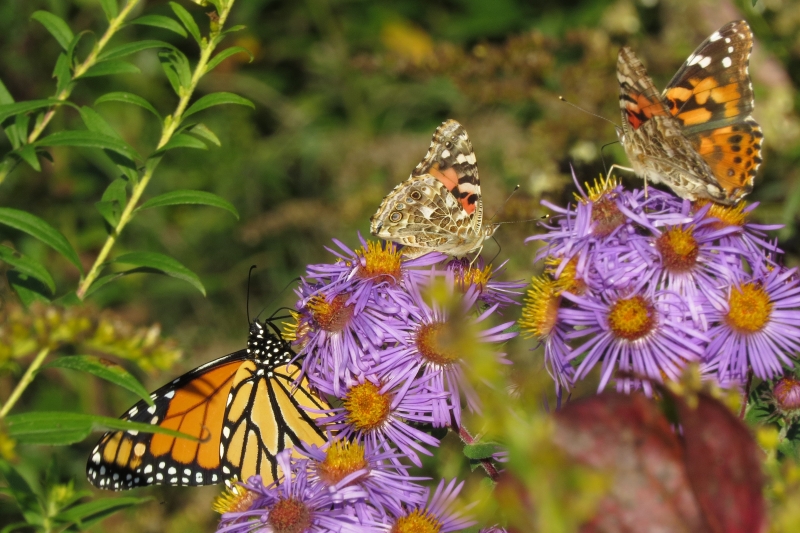 While our springtime in the North Country has been a bit more unpredictable than usual, there’s still the usual spring trend: warmer weather and sunny skies! We’re not the only ones starting to venture out- animals are waking up from hibernation, and we’re starting to see signs of new growth in all our favorite flowers.

But how are flowers still here? I mean, it gets cold out there in the winter, and plants can’t move like animals can to avoid wind, rain, snow, or ice. They must have to have some sort of survival secret, right?
Plants make it through the winter in a variety of ways, and different kinds of plants have different strategies to make sure they can have new growth in the spring. While these methods are varied, they all work- and are why we can see new buds and green grass poking up outside.

Some plants don’t actually live through the whole winter. Annuals are flowers which live for one year and then die— examples are dahlias, zinnias, and sunflowers. However, even though the flowers die each year, we see new ones in the spring or summer. This is because the flowers from the previous year make seeds, which then create something called a seed bank. A seed bank is any place where seeds are stored— for wildflowers, this is in the soil. Annual plants come back every year because seeds are stored in the soil, where they can wait out the winter until it is warm enough and there is enough water for them to grow. 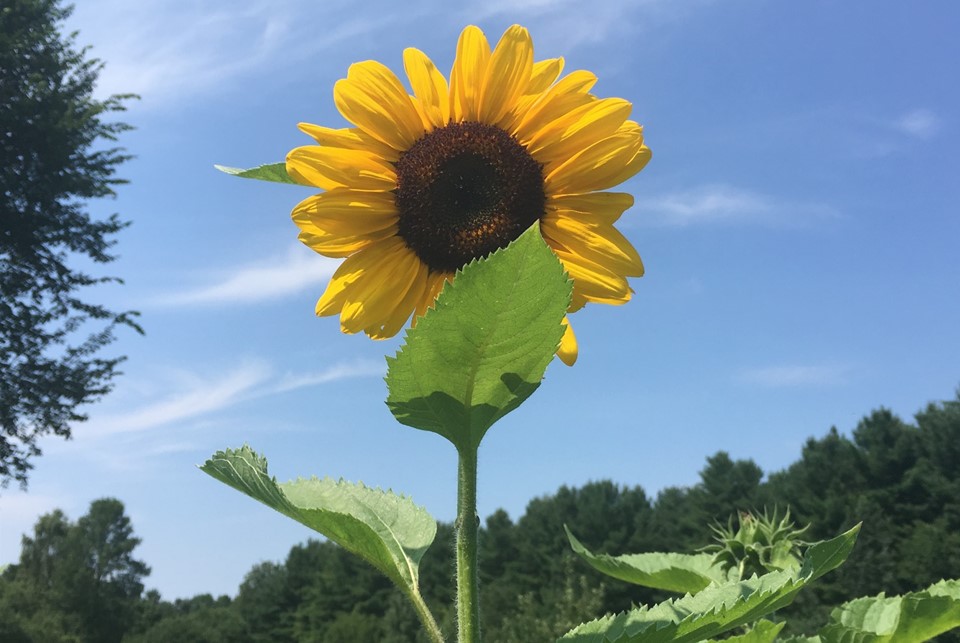 A sunflower stands in the sun. Picture courtesy of Susan Mende, Nature Up North.

But what about plants that do live through the whole winter? Plants which survive year after year are called perennials, and include flowers like asters. Perennials may make seeds, like annuals, but they do not have to depend on the creation of a seed bank. Though it may look like the entire plant dies before the winter, this isn’t the case— only the top part of the plant, above the soil, dies. The roots of the plant, buried deep in the soil, are still alive. Plants will do many things to make sure that the sensitive roots survive even in the cold. First of all, it is easier to survive in the soil, because soil temperature does not change as much as air temperatures, and will not get as cold. However, soils can still freeze- which means plants need another plan of action. Plants will actually reduce the amount of water in their roots or tissues, meaning it will take much deeper cold for them to freeze. They can still be frozen, and suffer some damage, but it takes much deeper cold for them to be affected, and the damage is much less severe. In the springtime, the soil and surrounding air warms up, and the plant begins to increase the water in its tissues again, allowing for growth above ground again. 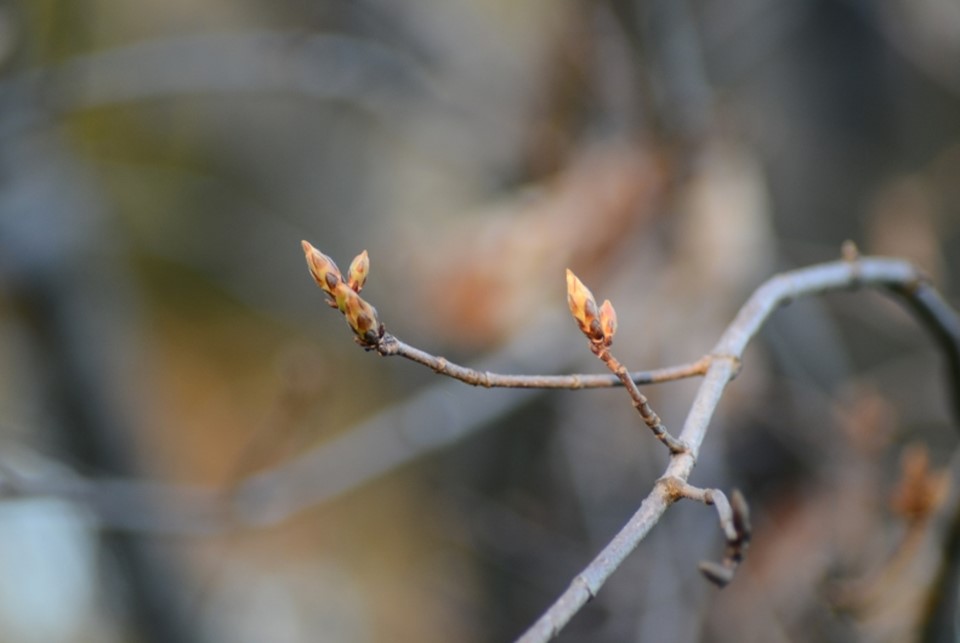 Finally, trees have their very own way of surviving winter, different than flowers. While we know that some trees drop their leaves (deciduous trees) and some trees keep their leaves (or needles- evergreens), both kinds of trees must make other changes in order to make sure that they don’t freeze. Trees will undergo a state called dormancy, which is a lot like hibernation for mammals. During dormancy, a tree’s entire metabolism slows down— it stops growing new branches or leaves, and it slows down energy use. If it is a deciduous tree, it sheds its leaves, so that it does not have to use energy to maintain its leaves or undergo photosynthesis. Dormancy is kind of like a sleeping state for trees- they’re alive, but not doing as much activity as they might during warmer weather. Dormancy is affected by the amount of sunlight a tree gets— less light lets the tree know winter is coming, so it can go into dormancy before the cold comes. More light helps the trees “wake up,” so earlier springs, like the one we’re having now, may “wake” trees up earlier, which also affects animals that may depend on the trees for food or shelter.

As spring continues, keep an eye out for new growth, and think— what did this plant undergo to be here today?