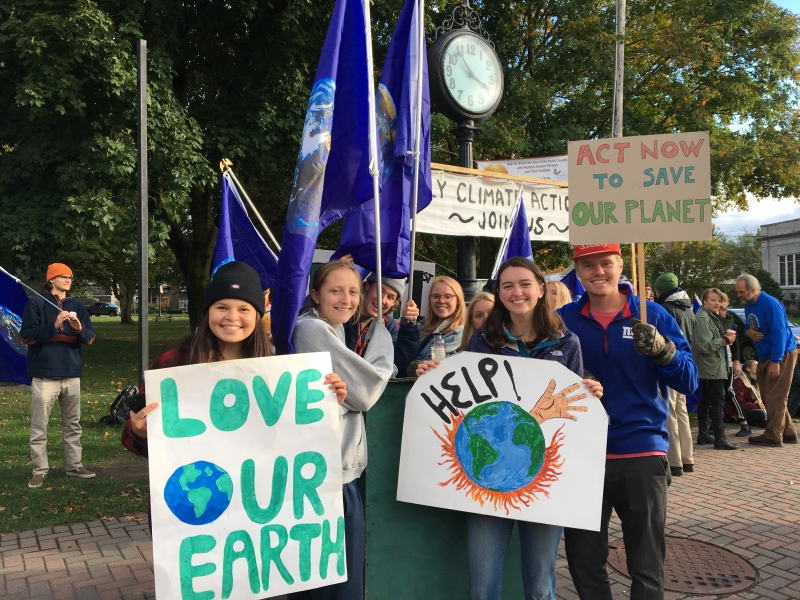 SLU Students post with signs at the October vigil in Canton, NY

Our next Monthly Climate Action Vigil is this Friday, December 6th, from 4-5 in Canton. It is cold, so wear warm clothes!

At our November vigil, we were joined by candidate for U.S. Congress, Tedra Cobb.  Tedra has since garnered national attention to her campaign and raised over 1 million dollars. Tedra also spoke on the SLU campus on November 13th to more than 50 students about the Climate Crisis.

It was awesome to see so many of you at the Youth Climate Summit at the Wild Center in Tupper Lake November 6th and 7th. Students from 30 different schools, including Little River, Canton High School, Potsdam High School, Clarkson, and SUNY Potsdam came to help come up with solutions for the Climate Crisis. Seeing so many younger people dedicated to this fight is incredibly encouraging. We want to applaud all of you for continuing the fight against this climate emergency.

The UN just let out a new Climate Report, and the results are pretty bleak. We now have to reduce carbon emissions by 7.6% a year until 2030 (in contrast to the original 3.3%). Now more than ever, we need concrete climate action from our politicians. The UN Climate Summit in Madrid (COP25) kicked off this week, and already there are hoards of protests following it. As the governments of these nations come together to create solutions to this emergency, we can show our support by taking to the streets.

Can’t make the Canton vigil? The Potsdam Vigil is starting up this month! This new vigil will occur on the second Friday of each month from 4-5 pm at the Potsdam Post Office, starting December 13th. We are delighted about the Potsdam Vigil and hope it will make local action more accessible to those of you living closer to Potsdam.

Also, we have Climate Vigil t-shirts! Shirts are 100% cotton, long sleeve, and feature our earth logo. They are $20, and we are taking orders at vigils and via email. Shirts are available in adult small, medium, large, and extra-large sizes. We take orders in advance, and you can pay at the vigil or mail in a check. The shirts are pictured below, get yours soon!

Thank you for joining us in this exciting time of local action. 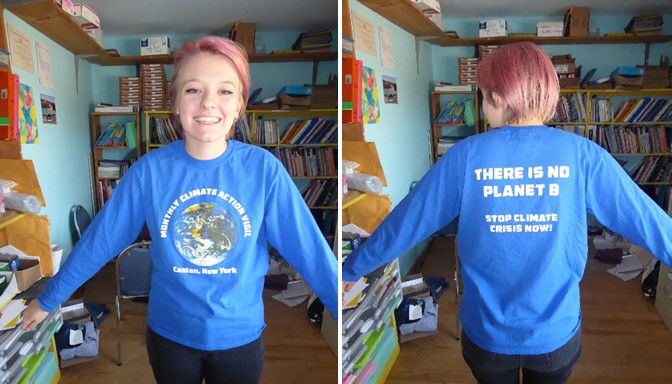